We are programmers who are experts in AS400/IBM i programming. We extend your existing team to help you accomplish your goals faster.

We have experts in RPG III, SQLRPGLE, and RPGLE. Our IBMi experts have extensive knowledge of ERP, EDI packages, therefore we understand each and every detail of IBMi development. From providing assistance or maintenance to application development from scratch, our AS400 development team knows it all.

Do you want a classic user interface without losing the secure RPG code and business logic? Our team of qualified IBMi experts know all the latest and modern platforms/frameworks to help your green screen application modified with a GUI leveraging the existing code. We know all the concepts from Open Access to API-fication and integration.

Migrating from IBMi to other platforms to meet your customer demands is one of our areas of expertise. Our team can help in migration services. We generate business documents for legacy applications written in old RPG to make the migration seamless and effective.

The rapid growth for the need for the cloud has led to a significant rise in the demand of JD EnterpriseOne, JDE One World, OneView, JD Edwards ERP, and JDE Cloud solutions. Programmers.io has hands-on experience in implementation, integration, customization, support, and upgrades of JD Edwards solutions to meet your business requirements.

Our EDI experts specialize in Electronic Data Interchange (EDI) integration development, supporting businesses to go paperless and reduce as many manual steps as possible. Using our expertise we have enabled industries on large scale in secure, quick, and standardized data exchange.

Programmers.io provides extensive support for PrismERP integration, upgrades, deployment, and migration of your old systems to this new platform. Enabling your business functions with the PrismERP application will provide enhanced management and accurate business insights. Get it integrated to give a competitive edge to your business.

Smart400 is entirely based on the native IBM iSeries, extensively used by renowned insurance companies for technical implementation. Programmers.io comes with the expertise and an immense pool of IBMi talent. We provide extensive support for Smart400 implementation and customization to organizations worldwide. 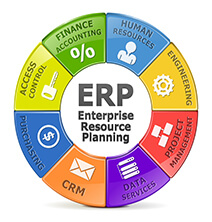 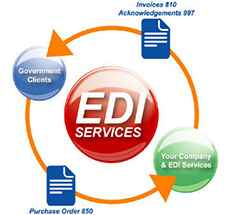 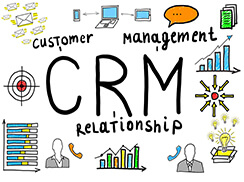 Our IBM i Series Development Features

Looking for API integration with your IBM i system? Programmers.io is here for you.

Java is one of the most reliable options to integrate APIs into IBM i systems because it
1. Supports SOAP/REST.
2. Easily manipulates complex request/response.
3. Handles XML better than RPG.
4. Handles multimedia formats (like files, images, etc.).
5. Can be used as a wrapper to upload API content and later call RPG programs from Java to perform business logic.

Our developers also use IBM i tools, like LIBHTTP, and DB2 methods for HTTP services, like Get and POST. SQL extensions, in the form of user-defined functions (UDFs), access URL-addressable resources via HTTP directly from SQL statements. SQL aggregation or XPath access can be used to manipulate, and store data retrieved from the web. REST functions are used to issue simple HTTP GET or POST requests.

Integrating IBM i with third party and e-commerce platforms

IBM i applications are robust and secure compared to other applications. There’s no limit to what you can achieve with AS400 when you integrate with the right third party technologies. For example, warehouse management systems, CRMs, security applications, EDIs, or any cloud services, like Amazon Web Services (AWS).

We are dedicated to helping companies build the applications and technologies that will help them meet their business aspirations. Our programmers are well versed in all the latest versions and libraries. We can help your business integrate technologies no matter your requirements.

Within 7 days, you’ll start your project. Whether you need one developer or a team.

We are dedicated to providing you developers with the right skills and experience to scope your requirements.

Structure your design, test code for quality and functionality.

Deploy and support, according to your needs and timeline.

Try us with an industry unique 30 day risk free trial

We help startups realize their aspirations and medium to large enterprises build big within their budgets. We offer dedicated developers starting at $35 per hour. Contact us with your project ideas and we’ll give you a quote. Whether you need a dedicated team with rolling contracts, fixed pricing for one-time projects or hourly pricing for on-going work, we are dedicated to affordability and your satisfaction.

Why IBM i/AS400 Development for your project?

For years, organizations and even some technology experts have considered AS400 obsolete. However, when we look at the facts, including the characteristics and the importance of this system in its updated format today, we discover that AS400 cannot be ignored. Today, it is still one of the most integral systems for enterprises, manufacturing industries, finance and more.

Other important features include:

RPGLE-the most secure and robust language

RPGLE or RPG IV is the latest version used for IBM i application development. Although companies are migrating to new platforms, there are ways of migrating the frontend to new platform keeping the old RPG code intact. This includes some simple and easy procedures:

Benefits of IBM i development from PIO

Our trusted AS400/RPGLE developers at Programmers.io can deliver high-quality services to
help your business grow.