We are a team of talented developers who are experts in Visual C++ development and modern platforms. Our clients include both SME and Fortune 500 companies. Our team has experience in banking, finance, manufacturing, e-Commerce and insurance domains.

Hire Us As Your Custom Visual C++ Developers

Our Visual C++ experts put their high efforts to develop your personalised web and mobile application to meet with your custom development requirements.

While hiring dedicated Visual C++ developer, make sure, the service should include content management system also.

By hiring the dedicated Visual C++ developers, you will be enabled to get the multifunctional and advanced E- commerce web and application solution.

Why VISUAL C++ For My Project?

Microsoft Visual C++, an IDE or an Integrated Development Environment, is available as freeware, trial-ware or commercially. It has codes written specifically for DirectX API, .NET framework as well as for Microsoft Windows API. Microsoft Visual C++ also known as VC++ features tools for developing and debugging tools for C++ codes.

Visual C++ is an excellent tool that provides a flexible yet powerful environment for creating apps based on Microsoft Windows and MS .NET. Programmers.io use the conventional GUI, and also uses Web applications using the Visual C++. Our experts design smart-client Windows based applications as well as solutions for smart-client handheld or mobile devices as well as for thin-clients also.

Our designers and developers also use the popular DragonFire SDK and Microsoft Visual C++ development services to write and test iPhone apps. They also use on screen iPhone simulator to test and enhance those applications.

2. VC++ is a native development language that interacts directly with the hardware without any intervening layers, which makes its speed of execution fast.

3. VC++ applications consume minimal resources, and hence the size of the application is smaller than those created using other .NET compliant languages. Memory usage is also very low.

4. VC++ is an ANSI (American National Standards Institute)-compliant language, which means you can port VC++ applications onto other platforms.

5. Using the Microsoft Foundation Class (MFC) library makes it easy to create multi-platform applications. MFC is an application framework that wraps C/C++ applications to work on any operating system.

6. For programming Component Based Model (COM) objects, VC++ provides an Active Template Library. This enables developers to develop a variety of COM objects and ActiveX controls.

7. The VC++ compiler supports Lambda expressions. Lambda functions have a function body, but no name. This combines the best features of function pointers and function objects.

8. The new Common Language Runtime (CLR) option /clr:nostdlib allows developers to exclude the default .NET libraries, so that a developer can use a specified version of a specific assembly.

9. VC++ features a new Profile-Guided Optimization option, PogoSafeMode. This option allows the use of ‘safe’ mode or ‘fast’ mode when a developer optimises the application. Safe mode is thread-safe and is slower than fast mode.

10. Concurrency Runtime Framework is a software framework for programming concurrent applications in VC++. It supports applications and components that run at the same time.

Although .NET programming languages are easier to learn and program, no language interacts with hardware as profoundly as VC++ does. VC++ inherits the features from C++, one of the greatest languages ever developed. The ease of programming offered by the Integrated Development Environment is a bonus for a VC++ developer.

In short, if you want high speed, low application size and great performance the VC++ is the best option.

At Programmers.io, We help you execute projects by providing trusted Visual C++ developers who can join your team and immediately start delivering high-quality services.

Check out our latest publications and research works on Visual C++: 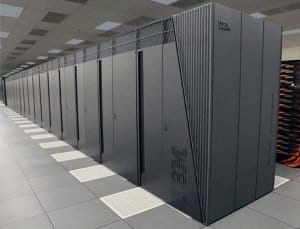 Current State of IBM i Systems

The history of IBM i starts with the launch of the very famous AS400 systems in 1980. It is exceptional and quite interesting to know that IBM i operating system ...
Read More

.Net Framework has been one of the best evolutions by Microsoft for web applications, desktop apps and website development. .Net developers and people who have been in constant connect with ...
Read More 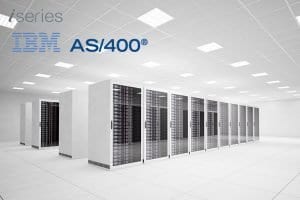 How many programmers/developers around you know or want to know about AS400? Maybe a very few or maybe none. AS400 is considered dead but the latest IBM Power systems with ...
Read More

OTHER OUR RELATED SERVICES