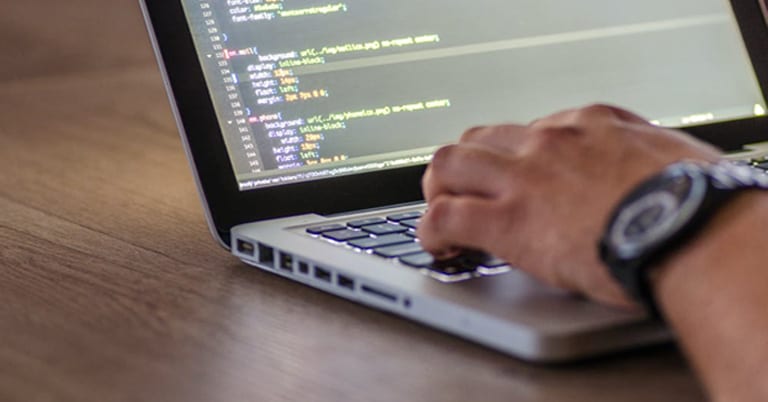 New developers that are just beginning to learn the craft would know all about how difficult it can be to meander through the endless ocean of questions facing them right at the start of their journey. During their early correspondence with clients and internal team members, new developers have a number of questions coming up in their minds.

To begin with, they need to know the right JavaScript library to fit the requirements of their project between React or Node. Plus, Node JS is known to be scalable, but can it be used alongside React? Which out of React JS and Node JS is better if we want a scalable UI for the web application?

The answers to these questions require a detailed account of both React and Node JS and how they help developers become more efficient in their work. If you are a newbie developer, you would want to know the answer to these questions, and we have them for you here.

In this article, we look at some of the whys, hows and what ifs of using React with Node JS for web development. The article includes a detailed understanding of both frameworks and studies the similarities within them.

Is React a Frontend or Backend Library?

React is created and maintained by the team at Facebook and works as a front-end library that runs on a browser. ReactJS development is similar to most libraries and runs with backends like Rails or PHP and web servers like Apache.

The React platform was initially made for working with web browsers. The library now comes equipped with a ReactDOM add-on that allows it to work with the browser’s DOM. Over the years, React has upgraded to the cross-platform framework known as React Native. React native works across different platforms and is widely used by iOS and Android developers alike.

React allows you to build interactive websites that cater to the requirements of users and minimizes challenges such as low performance due to DOM manipulations and slow user interactions. The framework changes this by using a Virtual DOM, where all changes are saved and algorithms are analyzed.

React is hence the preferable choice among all developers looking to build hybrid, highly robust and native applications for their brand.

Is Node JS Backend or Frontend?

Almost 43 percent of all developers working on Node JS have admitted to using it for enterprise development solutions. The framework is ideal for creating modern solutions that work on event queues, web sockets, and microservices.

The framework also makes the ideal choice for backend management, due to the asynchronous management style and the even-driven nature of the application.

Node can conveniently be used as a programming language for writing back end and front end codes for applications built in JavaScript. The framework does this by utilizing the runtime environment. Many giants like NASA, Walmart and Twitter have Node JS working on the backend coding and development process.

Since it is highly scalable in nature, Node has a high end developer community and is a preferable choice among developers for backend development.

Can you Use Node JS with React?

You can definitely use Node JS with React framework. In fact, Node JS is known to be the most suitable platform for hosting and running web servers for applications built on React. The two primary reasons for this are;

Using Node JS to run your web servers can help your organization in a number of ways. Some of these ways include:

Changing the entire look and feel of your backend is not always a good option. If you have Ruby on Rails or RoR as your backend, you can always move to Nodejs to run the web server side of your application.

Both React and Node JS operate within the development ecosystem today for entirely different reasons. It is hence important to analyze their relevant use case and the approach they follow for development. React JS is primarily used to build front case UI components, while Node JS takes care of backend data.

Reasons to Use Node JS and React JS Together

Some of the reasons why you should use Node JS together with React JS to make your code scalable and highly efficient include:

Both React and Node JS happen to have different functions in the web development process, but can be used together to reap multiple benefits. The only experience a developer needs to use both these technologies is that of using NPM. Nodejs is used by several tech-giants like Netflix, PayPal,because it is a very useful technology. To know more about React js and Node js development contact us today.