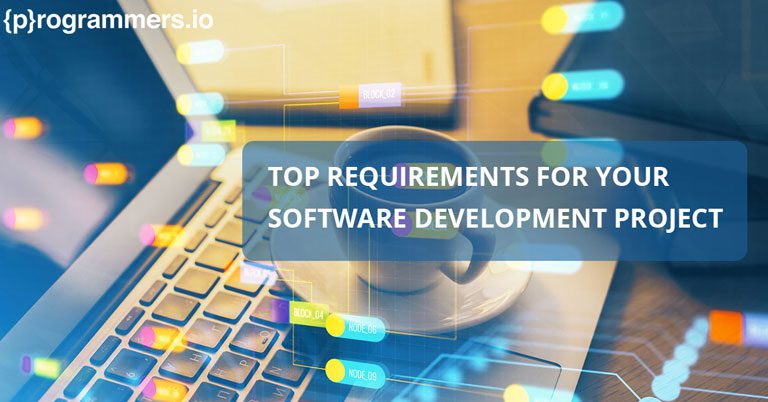 All individuals looking to hire a software developer for their organization probably have a use case in mind. They are most probably getting an application, website or software program created, the intricacies of which are pretty clear to them from the start.

However, before they actually start their search process, the entrepreneurs and managers need to be clear on what they’re building and the kind of software requirements they are looking to meet through the details. Often, multiple programmers and developers work together to meet the requirements of your project.

Some of the services provided by these developers do overlap with one another. But, regardless of the overlap, you need to be extremely clear on what you require and the field of developers you need to approach for your job.

In this article, we look at some of the types of software development around us. This article can act as a source of information for new learners and help equip you with knowledge hire software developers and types in the market.

As must be pretty evident with the name itself, mobile developers are tasked with creating applications that run exclusively on mobile devices, including smartwatches, tablets and smartphones. Professionals working in the mobile development niche have expertise in Android development or iOS development.

Today, many companies prefer mobile developers that are experts in one operating system rather than knowing basic bits about both systems.

Frontend developers work on the front end of every software product, especially those used for interacting with the user. These developers are primarily concerned with overseeing user requirements and are responsible for creating the visual aspects, interactive elements and layout of the application or website that is being developed.

However, the role of a frontend developer cannot be confused with that of a UI or UX designer. Frontend developers also oversee bugs in the application and make sure that the UI can run across different browsers and platforms.

Backend developers work in complete contrast of what frontend developers. These developers oversee the part of the product that users cannot see. Professionals that oversee backend development focus on the functionality and backend aspects of the website, application and software program that aren’t visible to the user.

These software developers also deal with the underlying structure, performance, security and scalability of the interface. The frontend and backend developers work together to create the perfect application or website. They complement each other.

A successful full-stack developer possesses strong programming skills, along with a full variety of soft skills, which all professionals working in the software development industry should process.

Their soft skills include critical thinking and problem-solving. A full-stack developer oversees the development process from start to finish.

Web development is one of the oldest types of software development and oversees the process followed for developing and building web applications. Web apps are different than mobile apps, which run exclusively on tablets or phones, and don’t necessarily require an internet connection to run.

Web development is an umbrella term that oversees both backend and frontend development. Professionals working on web development can also work as full-stack developers.

Desktop development includes the development of applications and websites that run entirely on a desktop operating system. Desktop operating systems include Linux, Mac and Windows. These developers follow different work processes than mobile developers that work on applications running on tablets, mobiles and other devices. A number of developers work exclusively on desktops due to the stringent requirements of the process.

Developers overseeing the cloud computing processes work on developing applications, services, and programs operated through the cloud. This means that all such programs can be operated from a remote location by anyone with a working internet connection. There are multiple advantages of moving software programs and applications to the cloud.

Security is an important part of software programs today. Professionals working on security software oversee the requirements of different programs and provide the full fledged cyber security that they require. Developers should have extensive knowledge of cybercriminal tactics and the tools required to prevent them.

The final type of software development in the list is DevOps engineering. DevOps is made up of philosophies and practices focused on achieving efficient software delivery for customers. This style is related to the Agile methodology and is practiced by a few software developers.

The world of software development is evolving every day, which is why organizations should be fully aware of the type of developer they’re working with, and how they can assist their organization. We hope you found the information in this article helpful and can incorporate it within your firm.