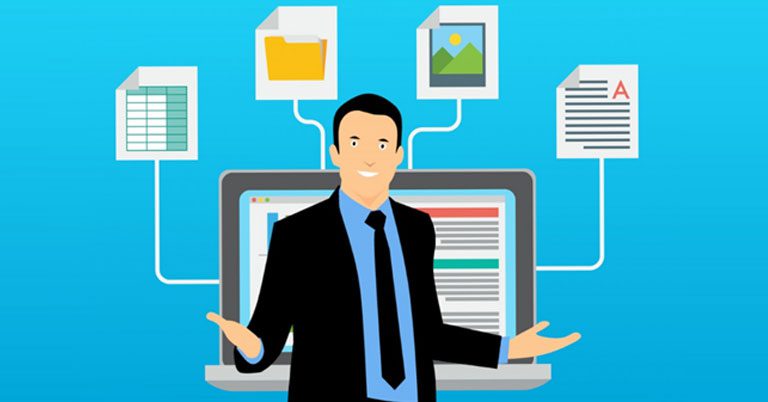 Web development can be tough to manage. There are a lot of coding languages that can help you with the development process. So, which out of the many languages do you choose to work with? While different languages offer different benefits, Python has grown in prestige and now has a cult status among all web development frameworks. The language has achieved this growth curve in the shortest span of time and is quite popular with users today.

The choice of the perfect programming language comes down to just how responsive and robust the end application generated through it happens to be. This blog post will take you through the characteristics of Python as a programming language and explain why you should use it for your web development work.

The idea behind Python was first coined by Guido van Rossum in the year 1991. The philosophy behind Python highlights code readability, which can be seen through its rigid indentation and the simple name spaces and syntax.

The simplicity of Python is also something that makes it extremely readable and a favorite initiation language for so many people. Python runs smoothly on most popular operating systems around us. This language effortlessly conforms to the coding style of the programmer, allowing python developers to use tasks that best suit their requirements.

Most of the world-class software companies around us today, including Google, Intel, Dropbox, Instagram, Facebook, Microsoft and Spotify, use Python within their services in one way or the other. This alone should tell you something about what the language does and its significance.

Python works across all facets of the web development process to offer an adaptable, highly efficient and versatile solution. Scientists can create applications, graphics, games, web applications, and much more using Python as their programming language. Python is also considered to be THE most popular programming language around us today as stated in a survey conducted by Statista and comes with a number of benefits. 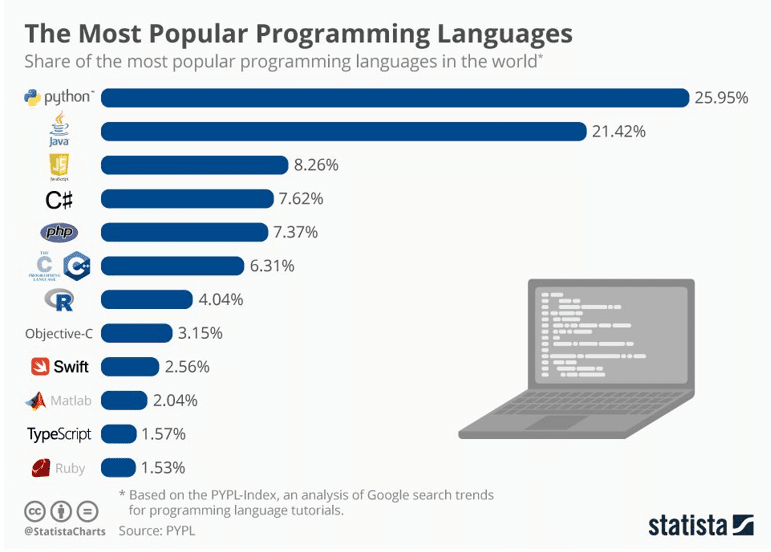 The major reasons that make Python so popular in web development are: 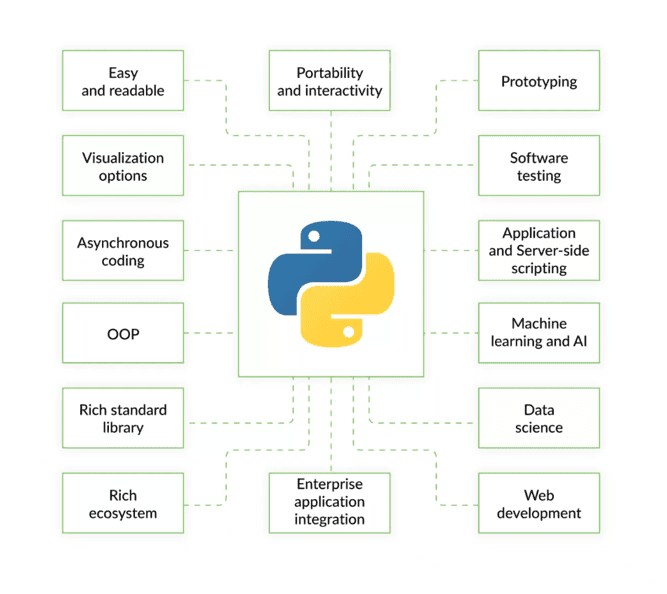 Benefits of Python as a Programming Language

There are multiple factors that make it easy for developers to use Python as a programming language and simplify it for them. These benefits include:

Python comes with a simple syntax, which allows you to manage the intricate systems and ensure proper communication in an efficient manner. Due to the easy learning system of the language, all newbie developers can start creating websites using the language, without much ado. The easy usage pattern allows for simple learning and even simpler implementation.

Python comes with decent readability. It is unlike other coding languages, as it is similar to the normal language we use on an everyday basis, and the way we usually communicate in. The extra focus on readability ensures that developers can understand the code that they write down. This ensures optimal pace of development, without any unnecessary breaks.

Complex Tasks on the Back-end

The advanced coding mechanism followed by Python allows users to perform and complete complex tasks on the back-end. This includes role of python in AI-related tasks and Data Science, as the programming language concurrently works on different requirements.

Python has a growing community of users today. This characteristic is usually an indication of just how good and effective a language is. Besides this, the rise in popularity and the growing community also helps solve complex problems in the moment. If you are working on Python and are struggling with a complex bug or cannot find your way around a new feature, you can listen to someone else from Python’s online community, who faced the exact same problem. Their opinion will help you know what can be done to eradicate the problem.

There are a number of libraries that can be used together with Python to accelerate the development process for your application. These libraries come with pre-written codes for everyone to see. Some of these libraries include scitLearn, Nump and X for SQL Queries.

Python does not consist any deadlocks or confusing issues. Every unit of code runs separately, hence making web development faster and easier.

Python works effectively with a number of web development frameworks. Some of the most popular and well-used frameworks for using python include Flask, Pyramid, Web 2 Py, Django and Turbogears.

These frameworks function in the same way as a toolbox and aim to speed up the process of development. All frameworks come with standardized codes and modules to help you with repetitive applications.

Django is the most popular framework used alongside Python for backend development. The framework helps build complex websites that are scalable in nature. The success of the Django framework is attributed to that of Python as both help boost each other’s popularity.

Django includes all standard functionalities for building web applications within its framework. Just installing Django on your device will give you access to user authentication systems, template engines, URL routine and data schema migrations. Django can team up with python to make the application setup even faster and convenient for everyone involved.

In short, Python is one of the best coding languages today that has simplified the web development process. Python is visible on the most decent websites and powers f the internet.