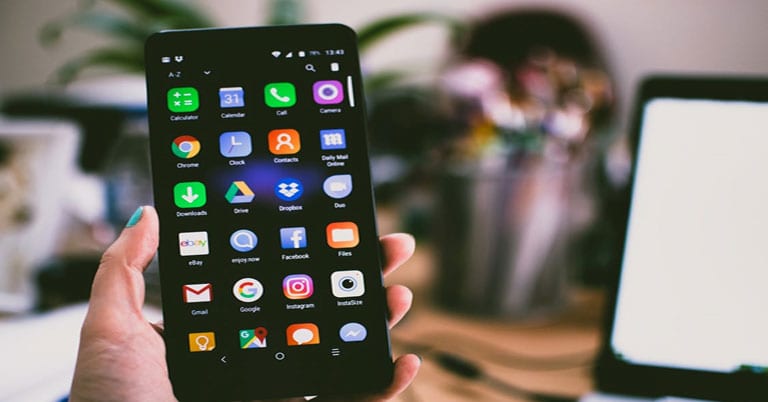 Android is the most popular mobile operating system with 1.5 billion downloads per month. Many experts consider it the best OS for creating mobile applications and its market share is estimated to increase to more than 87% by 2022. Android not only dominates the mobile OS market share but is also widely used in home appliances, smartwatches, cars, PCs, and tablets. Therefore, if you want to innovate by creating a mobile app, you should release a mobile app for Android.

In this guide, you will read about the leading Android frameworks, SDKs, and libraries.

A framework is a software toolkit that allows developers to piece together a finished app. It allows them to work on functionality, special features, animation, and graphics. Here are the top Android frameworks.

Developed by Google, Flutter is one of the newest Android frameworks, but it has quickly earned a strong reputation in the industry. It is an open-source mobile UI SDK framework that simplifies the multi-platform development process to build terrific native interfaces on iOS and Android.

Flutter is ideal for developers who are looking to dive into hybrid app development. It relies on a single code-base, and apps built on this platform compile completely to native code via Skia, Google’s 2D rendering engine.

Other than Google, prominent companies like eBay, Tencent, CapitalOne, and Alibaba use Flutter for mobile app development.

Introduced in 2015, React Native is a cross-platform and open-source framework. It is backed by Facebook. According to a survey, it is the most popular Android framework.

React Native uses React, a popular JavaScript library, to create apps on iOS and Android. Since it is cross-platform, developers can write code once and execute it anywhere. That is why React Native is well-known for its speed and cost effectiveness.

React Native comes with built-in UI components and APIs through which the performance and natural look of the Android app are enhanced greatly. Furthermore, it offers a hot-reload that allows developers to update files without affecting the app’s current state. Leading brands like Tesla, Airbnb, and Instagram use React Native.

Created in 2012, Ionic is one of the older Android frameworks. Certified by MIT, Ionic lets developers write modern hybrid applications via front-end technologies like HTML5, CSS3, and JavaScript.

Ionic offers a wide range of software tools, animations, and gestures. This variety contributes to the development of high-quality desktop, mobile, and progressive web apps by using the same code base. The framework also provides a simple CLI, allowing access to emulators, logging, live reload, and other interesting features. Due to this flexibility and CLI, Ionic is one of the leading frameworks for Android app development.

It is easy to integrate Ionic with AngularJS, Cordova, and other prominent libraries. This way, you can enhance the framework’s functionality through different components, such as GPS and camera. Ionic is used by Pacifica, Airbus, and McLaren.

Libraries are one of the most critical components of software development, irrespective of technology stack or platform. Libraries empower developers to perform functions and actions with better speed and higher effectiveness while at the same time, they can minimize boilerplate codes. Here are the most popular ones.

Retrofit is a secure HTTP application. It allows you to configure the REST API as an interface. With it, you can specify query parameters, body, and headers and use annotations to manage API requests. You can also use Retrofit to make asynchronous and synchronous API calls.

Apart from offering animated GIF support and loading images, Glide extends support to functions like displaying video calls, decoding, and fetching. You can use this advanced API and plug it into any network stack. Developers mainly use it to smoothen the scroll processes for multiple images.

Dagger is one of the safest choices for dependency injection. It allows you to write Java source code with considerable ease. Dependency injection refers to injecting a smaller component into a larger model seamlessly. What makes Dagger stand out is its compile time that estimates and analyzes dependencies. 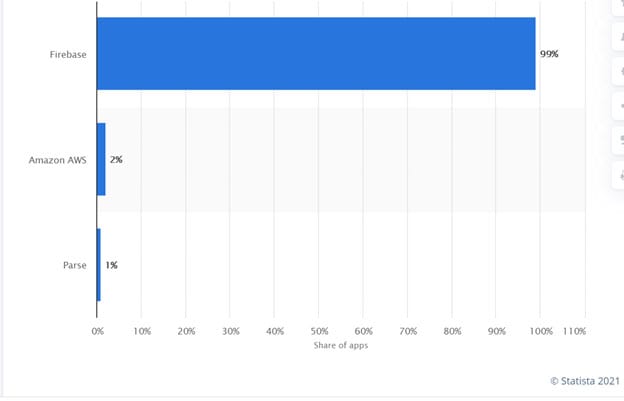 A software development kit (SDK) is composed of multiple lines of code. It is a downloadable software package that comprises the tools you need to build on a platform. Android’s popular SDKs include:

Among mobile apps that use backend SDKs, 99% of them use Google Firebase. Firebase is a web and mobile application development platform SDK that allows mobile developers to develop their apps at a faster pace without getting worried about their underlying infrastructure. It offers functionalities for databases, analytics, messaging, and crash reporting to allow developers to move faster and prioritize their users.

Amazon AWS allows mobile developers to provision and manage the backend of their apps in an efficient and quick manner. The SDK offers an on-demand cloud platform in the form of a subscription service.

A PayPal service, Braintree is a full-stack payment gateway solution. It is an all-in-one Android SDK solution that helps both enterprises and small businesses set up and process payments. Apart from its stunning drop-in UI, it allows you to tailor your payment UI, recurring billing detection, and fraud protection.

Choosing the best Android framework for your app is a complex process. If you want a one-shot solution for mobile app development, then keep in mind that every organization and project has varying requirements. What works for one organization might not work for another. Therefore, you should look into the capabilities of each framework and compare them with your business needs. In case you need help to build your mobile application, send us a message, so we can ensure you end up with a high-quality mobile app.