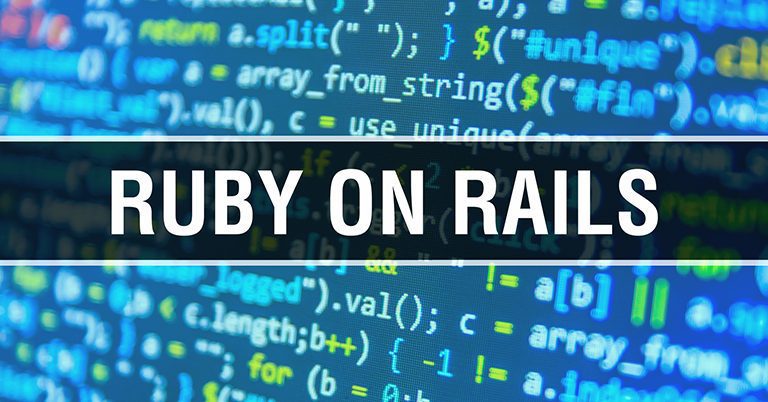 Developers working on the Ruby platform can build high quality web applications, which boast clean architecture and implement all of CSS, HTML and JavaScript files. Ruby was further augmented with a proper framework in Ruby on Rails, which has become even more popular over time and is now extensively used by many.

Ruby is considered by a number of programmers and developers today and comes with a wide range of features. In this article, we take a look at some of the benefits and applications of Ruby as a programming language.

Ruby can also prove extremely useful for organizations looking to scale up their operations in the near future. The application can easily be grown over time and processes can be updated easily.

Ruby is ranked among some of the best programming languages and is trusted by developers for this very reason. Ruby puts a strong emphasis on securing solutions made on it. The programming language stores and holds all objects based on reference rather than value to prevent any data from being hijacked or overwritten.

The secure environment on Ruby allows organizations to secure all forms of sensitive information and make sure that the information isn’t accessible to external threat actors.

Programming and coding on Ruby can be simple and fun for all developers. Developers who have worked on Ruby will be able to vouch for its interactive UI and how it is a lot easier to understand than other programming languages.

Ruby’s simple syntax makes it perfect for newbies who are still getting a hack of how the process works. Ruby can simplify difficult programming concepts and give programmers a chance to work on them and provide simple solutions. The simple syntax also ensures that programmers can create solutions easily without spending too much on them.

It is a lot easier for developers to configure and develop solutions on Ruby. The programming language comes with multi-threading or native thread support, which can allow the solution to operate multiple programs at one time without slowing down your system at any time. The fast web application makes Ruby extremely suitable for projects with a quick ETA.

Faster operations are also possible because of the portability of the language. The language is extremely portable, which ensures that it can be run on almost all operating systems. Ruby isn’t dependent on any external factors, which makes it easy for developers to use it across operating systems. Ruby isn’t just quick but can also be used extensively for cross-platform programming and development.

Businesses today like using Ruby because it is extremely flexible to use and comes with an open-source library. The flexibility offered by Ruby helps give developers the option to add multiple objects and methods to the solution. ROR developers can add objects to all existing classes without disrupting stability in any way. This can help developers make flexible APIs.

Additionally, Ruby is also open source in nature, which gives developers the feasibility to share their codes with other programmers. The open-source network can help make programming easier for new beginners. All users can gain access to helpful codes and can use them in their solutions.

Application of Ruby as a Programming Language

Ruby can work well for dynamic websites and long-term solutions. Ruby is the perfect solution for programming a general-purpose application. Ruby comes with all the necessary adjustments required to run sprawling apps such as Shopify and GitHub.

Ruby is also preferred by Bloomberg, Airbnb, Apple, Groupon, Hulu and Dribble, among other big names. The following categories can benefit the most from the provisions on Ruby;

Ruby can help facilitate the development of e-commerce sites and solutions. The programming language provides solutions that can meet business requirements. Ruby can help assist in uploading product images, setting price algorithms, updating image processing and a number of other processes.

All content sites that upload audio content, reading material or visual content can benefit from Ruby. Ruby comes with a fast upload procedure, and the coding on it is relatively simple. The simple operations make coding easier for all involved.

While Ruby isn’t the default programming language for large web apps with millions of users interacting at one time, the plug-ins within Ruby can help manage the operations well.

Ruby is an ideal solution for your development project as it helps improve upload times and can simplify the programming process. With the information in this article, you can make a concrete decision on whether to use it for your next project or not.