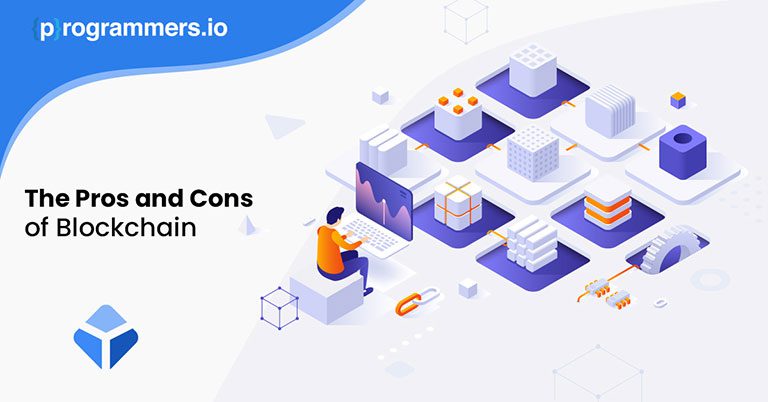 Over the past few years, we have consistently and routinely heard of blockchain technology. The term has probably been used in the same context as cryptocurrencies like Bitcoin, probably because blockchain was the harbinger of change in the crypto world. However, tech experts and aficionados were forced to wonder what blockchain technology is and where it comes to the picture.

Blockchain technology is basically a store of transactional records in one place. The technology is also referred to as the ‘chain’ because it forms a connection through peer-to-peer nodes. This form of storage and digital records is known as a digital ledger.

Each transaction on the blockchain ledger is recorded and authorized through the digital signatures of the owner. This transaction acts as a sign of authority and authenticates the transaction. The authentication can eventually safeguard transactions from unnecessary tempering and can ensure the safety and security of information within the digital ledger.

To simplify this further, the digital ledger can be considered the same as an online spreadsheet available to different people over different devices. The records from all transactions on the ledger are stored based on purchases. A fascinating thing about ledgers and records on the blockchain is that almost everyone can see the data, but no one can actually corrupt it.

The blockchain is highly popular today, especially on the back of major breakthroughs in the tech world. Businesses across the globe have picked up blockchain technology today to reap the benefits and enjoy the positive sides of the digital ledger.

Keeping a record of data and important transactions is necessary for all businesses in the corporate world. This information is usually handled in-house or passed through third-party operators like bankers, brokers and lawyers. This eventually leads to a number of unnecessary costs that can be hard to manage for the organization in the long run. Blockchain technology not only automates the entire record-keeping process but also facilitates the swift moment of transactions, saving both time and money for the organization.

Most people confused the connection between Bitcoin and Blockchain and thought that the latter couldn’t work without the former. However, organizations now realize that blockchain technology can be secure without Bitcoin as well and do not rely on it for success.

Blockchain is popular because it offers a number of benefits to the corporate world, a few of which include:

The blockchain setup is just one type of distributed ledger. Most people know blockchains from how they have powered Ethereum, Bitcoins and other successful forms of cryptocurrency. They get their name from the process of how blocks are added to the chain that contains all records related to the transaction.

To ensure that the chaining of all blocks is possible, there is a cryptographic signature used by numerous country-wide cryptographers. The signature is known as a hash. From this perspective, blockchains can well be considered as a ledger that can be shared with everyone at every time. They are more than just a simple data structure that makes blockchains even more interesting and intriguing.

With the blockchain now involved in transactions, it is possible for users to get the clarity and the security they require in their online transactions.

The system for blockchain is completely decentralized, which means that you don’t need a central authority to oversee and approve your transactions. You would normally require the approval of a bank or a regulating authority to oversee and approve your transactions, but with blockchain, it is possible through mutual consensus of the users. What this means is that the speed of transactions is faster and better.

The blockchain is completely automated and programmable. What this means is that the system can generate systematic action and payments on an automatic basis. This allows for proper processes to be followed in an automated manner.

While the blockchain is mostly known for its indestructible structure, there are a couple of cons associated with it as well. They include:

Blockchain is not scalable in nature, as demonstrated by users of bitcoin. All transactions are dependent on network congestion. The problem with scalability can slow down operations.

Too Much Energy Consumption

Some blockchain solutions are known to consume too much energy. In a world where energy consumption matters a lot, blockchain may just be leaking our most important resource. Miners spend a lot of energy on new transactions.

Blockchain is still very much in its infancy. It is at a nascent stage, where development is set to come during the coming years. But, like every major technology, the blockchain needs the right infrastructure to move forward and become a shared and more common resource.

Regulatory authorities have to jump in now and clear the labyrinth of regulatory and legal hurdles currently impeding the growth of the blockchain because only when these hurdles are cleared will we be able to harness its potential for powering better banking, documentation and identity records.