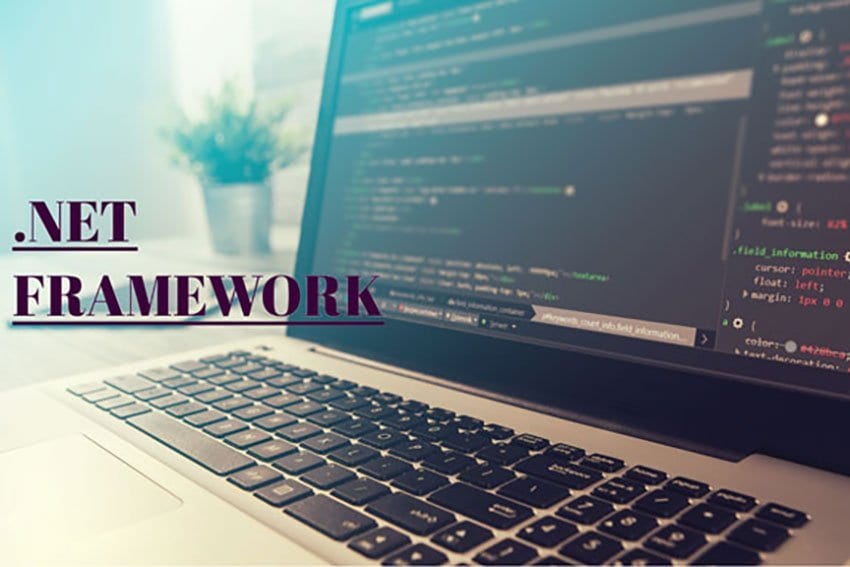 .NET Framework has been in the trend for long despite many new technologies. In fact, it is one of the most popular frameworks among the developers and software engineers. To begin from the basics, .Net (pronounced as “dot net”) is a software framework developed by Microsoft. It comprises of a class library that is known as Framework Class Library in which each language can use code written in other languages across several programming languages. The software environment in which the programs written for .NET Framework is known as the Common Language Runtime (CLR). The CLR is an application virtual machine that provides services such as security, memory management, and exception handling.

The .net framework is a combination of FCL and CLR which make it a sort of virtual machine that arranges and executes programs in many languages such as C#, F#, VB.net etc.

What is the need for .Net programming?

.Net programming has been utilized to develop Form-based, Web-based, desktop applications and applications related to Web administrations. There are a variety of programming languages accessible on the .Net framework, the most widely used are VB.Net and C#. It is utilized to build applications for Windows, mobile and web. With .NET, you can use multiple languages, editors, and libraries to build for web, mobile, desktop, games, and IoT.

This capability of the .Net framework has made it an exceptional technology that has an equal importance even today, compared to other latest web development technologies.

A glimpse of .NET components, structure and design

As you know that .net framework supports a lot many languages, it also has various components that help in the completion and development of robust and qualitative applications. Here is a small description of components:

The CLR and class library are the two major components of the .Net framework

Value types contain their data and instances of value types are either allocated on the stack or allocated inline in a structure. Value types can be built-in (implemented by the runtime), user-defined, or enumerations.

It is a sub set of CTS and it specifies a set of rules that needs to be adhered by all language compilers targeting CLR. It helps in cross language inheritance and cross language debugging.

.NET applications are written in many languages such as C#, F#, or Visual Basic programming language. The written code is compiled into Common Intermediate Language (CIL). Compiled code is stored in assemblies—files with extension like .dll and .exe. When an app runs, the CLR takes the assembly and uses a just-in-time compiler (JIT) to turn it into machine code.

All the versions of the .Net Framework: 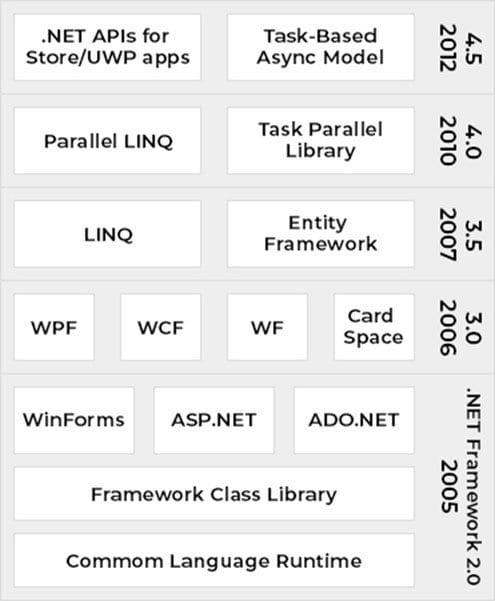 .Net is compatible for various platforms. Have a look at various versions of .Net that allow all the applications to be accessed across devices.

.Net Core is another separate framework that is developed to allow application development irrespective of operating system. It has exceptional capabilities that have helped the developers to create cross platform applications.

.Net core give the major benefit of creating ASP.NET applications and deploy them on Windows, Linux, and macOS. Also, ASP.NET Core allows developers to utilize all of these new technologies.

With the introduction of ASP.NET Core and the Kestrel web server, ASP.NET is counted among one of the fastest web application frameworks available. A study conducted by Techpower states that .Net core is one of the mostly used frameworks. 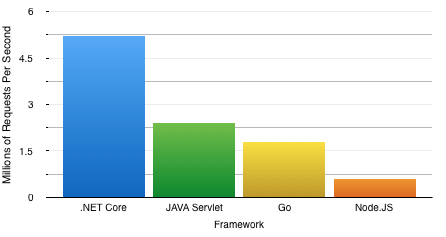 Asynchronous programming is now implemented in all common .NET Framework classes and most third-party libraries. Applications spend most of their time and CPU cycles waiting for database queries, web service calls, and other I/O operations to complete. Asp.net core is faster because it uses asynchronous programming.

//mark the method as async

//await keyword handles all the complexity of async threading and callbacks

The new environment feature allows you to differ between the parts of your code for their behavior in development, staging, production, etc. This is the major feature of .Net Core.

Server side applications in .Net are built using two implementations:

As already explained about both of these above, let’s have a quick look at the differences between the two:

As discussed above, both .Net Framework and .Net Core have their own importance in one way or the other. It also depends on your project requirements which one to go with:

ASP.NET Core is designed to allow runtime components such as APIs and compilers. The development of .Net Core is a great sigh of relief for many .Net developers because of its excellent features. Development using .Net has been empowering since its inception and the latest releases are worthy as ever. Hire the best offshore .Net development team and get your project developed on latest versions of .Net.