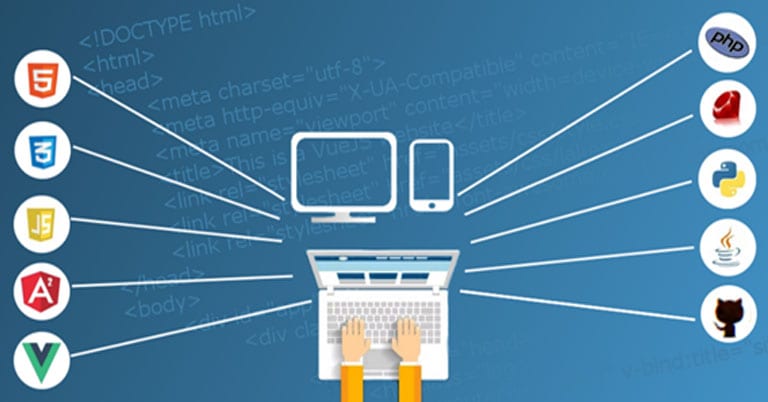 A few key databases, runtime environments and development frameworks have become popular with developers today and have made their lives relatively easier.

By using a popular technology stack in their app development project, organizations can derive a number of benefits including excellent performance, faster launch and ease of development. This development process has come to be known as full stack development and includes popular names such as MEAN, MERN and LAMP.

As a first-time developer, we believe you are possibly contending with questions such as; what are full stacks? What are the similarities and differences in MEAN vs. MERN? And why do they matter?

We answer these questions in our detailed guide on MEAN vs. MERN, and take you through the similarities and differences between these methods of development.

What Is a Technology Stack?

The phrase ‘Technology stack’ is frequently used in the world of modern software and app development. Simply defined, a technology stack can be considered a useful combination of technologies, software products and programming languages. Technology stacks matter to senior IT leaders and entrepreneurs in the ever changing business world of today. While mobile applications developed back in the day involved HTML, CSS and JavaScript, trends have significantly changed during the recent years.

A few key databases, runtime environments and development frameworks have become popular with developers and have made their lives relatively easier. By using a popular technology stack in their app development project, organizations can derive a number of benefits including excellent performance, faster launch and ease of development.

What Is MEAN Stack?

MEAN stack is an extremely popular and in-demand technology stack, also known as full-stack. The capitalized term ‘MEAN’ basically acts as an acronym for different words. The M stands for MongoDB, E for Express.js, A for Angular and N for Node.js. MEAN stack Programmers trust this stack for developing website and hybrid mobile applications. Web pages can also be developed through this full-stack.

MEAN stack is based on JavaScript and is known to be open-sourced. Since the stack offers a number of useful plug-ins, widgets and tools, it can help developers create mobile and web applications faster than before.

What Is MERN Stack?

Just like MEAN, MERN is another open-source technology stack categorized as a full-stack development tool. MERN is also an abbreviation of different terms where M stands for MongoDB, E for Express.js, R for React, and N for Node.js. The stack can be used for creating all kinds of web and hybrid mobile applications through it.

MERN is also a collection of different frameworks, databases and runtime environments based on JavaScript. The MERN stack is an end-to-end framework for developers and is significantly growing in popularity in the world of software development.

Similarities Between MEAN and MERN

As you would have probably guessed through their acronyms, there are a number of building blocks and other factors that are common in both, MEAN and MERN technology stacks. The following blocks are common across both of these full-stack platforms:

Besides these basic blocks, other common points in these stacks include:

Difference Between MEAN and MERN

As you would probably have observed, the main difference between MEAN and MERN comes through the use of Angular by MEAN and the use of React.js by MERN. While React.js operates as a JavaScript library, Angular offers a complete and stable solution. React can be bundled with other libraries for the right full-stack solution. However, if we consider speed, React.js offers faster results to Full-stack developers working on a time limit.

As we can tell, there is no clear winner between MEAN and MERN technology stacks. You can, however, pick one stack of the two based on the type of project you’re working on. Let us help you out:

1. Enterprise Projects: An enterprise-level application will require a comprehensive architecture. For this very reason, you should select MEAN stack over MERN due to its well organized framework and the support it offers to MVC.

2. UI Requirements: MERN is ideal if you want a smooth user interaction and display.

3. Large Scale Applications: Again, as the complexity of the project grows, MEAN is the way forward.

4. Third Party Support: Both, MEAN and MERN, rank equally well when it comes to third party support. The in-built features of Angular and the additional libraries of React.js can come in useful here.

5. Niche Projects: MERN is the go-to option for niche projects with rather simplified requirements.

Full stack development opens the doors to exciting combinations for programmers, with MEAN and MERN being the most common ones today. Having zeroed up on the similarities and differences between these two stacks, we believe you can pick one for your full stack development project.