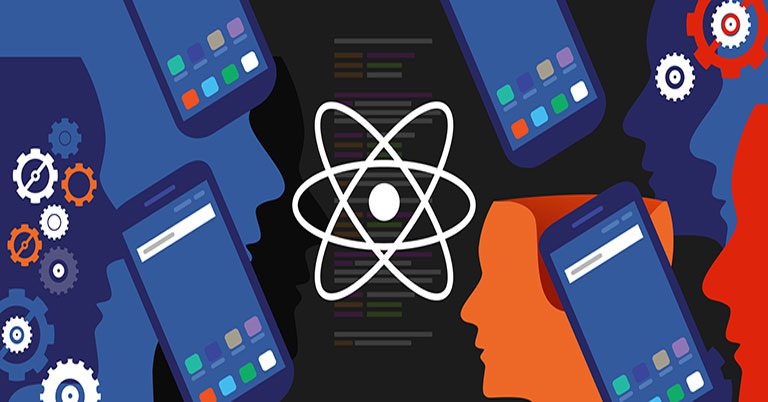 Front end frameworks have made the process of web development easier and more comprehensive for developers to track and monitor. React JS is based on the JavaScript engine and has been a go-to framework for most developers and users.

The success of React JS is hidden from none, as the framework continues to lead waves of change forward. In this article, we take a look at some of the key features behind React JS and describe what exactly makes the platform so convenient to work on. We also look at how the framework works with C# and how you can use it.

What is React JS?

React JS is an open-source JavaScript library known for creating responsive user interfaces that are dynamic in nature. The framework primarily focuses on building appealing, interactive and natural applications. The coding effort required by the framework is minimal and does not require complex coding.

React JS should be integrated with other tools such as Redux and Flex for it to become a full-fledge architecture and be counted among the likes of others in this category.

What is C Sharp?

C Sharp is a modern programming language that derives its characteristics and efficiency from languages such as C and C++. The language can perform a wide variety of tasks and is popularly used across a number of diverse niches. Applications based on the .Net Platform majorly use C# as their backend language. Therefore, all the latest applications built in .Net Core, .Net5 or, Asp.Net or MVC use C# as the main language.

C Sharp has recently gained popularity in the development of web-based applications and stores. The core of the application helps in the building of an interactive environment required by most dynamic applications.

Microsoft developed C# in 2000 and used it to meet the demand for futuristic web applications. The architecture for C Sharp is based on a combination of VB and C++ and has a code syntax that looks similar to that of Java.

Why React.js and C# are better together?

Asp.net Core, Asp.net or MVC using C# are the best for backend development and when it comes to the frontend, no technology can beat React.js. The applications with this combination perform better from their counterparts.

Developing React applications with C# is easy as the Visual studio has inbuilt template that allows to create projects that have an ASP.NET Core backend with a React frontend.

React works well with C#. The combination delivers robust apps. React is also one of the most liked libraries by the developer community.

Why Choose React JS with C Sharp for Your Next Project?

Some of the reasons why you should choose React JS with C Sharp for your next project include:

Virtual DOM is one of the primary characteristics found in React JS that help it stand out. This characteristic can help facilitate the development of fast applications at a flexible pace. The memory reconciliation algorithm for React allows it to virtually replicate web pages within its virtual memory. A virtual DOM hence represents the original DOM here.

Each modification within the web application is met with the reevaluation of the entire user interface. Only components that have actually changed are updated in a virtual DOM. React can hence make this process quicker and even more cost-effective.

React JS utilizes Flux here, which is an app architecture based on JavaScript, to control the flow of data coming from a single source. The unidirectional flow of data helps developers gain better insights over the web or mobile application and enhance the overall efficiency and flexibility of their end application. Developers enjoy the flexibility they get here, as it helps them innovate and reach solutions faster.

JSX is short for JavaScript XML and is an effective markup syntax that is quite similar to HTML in nature. The syntax is used to describe and determine the appearance of UI and UX.

JSX is perhaps one of the best features on offer by React JS. JSX makes the syntax that is then used by developers present within the ecosystem to create components identical to HTML. These components will then be injected into the web page. This eventually makes it easier for developers to write the building blocks for future growth and gives them a way out.

Most developers today use React JS for its speed and efficiency. React JS allows developers and programmers to use the individual parts of their application separately, from both the server-side as well as the client-side.

This allows developers and other team members to create codes and write parts without any uncertainty involved in the process. No changes will impact the logic of the application or its overall smoothness.

React JS also allows developers to write modular codes that are generally clean and effective. Such codes allow applications to be managed in components and accelerate the development process.

The community support offered by React JS is what makes it perfect for your next project. The large React JS ecosystem consists of developers from across the globe willing to gather online and give ideas.

More than 1,000 independent contributors update the library and framework regularly and post regular videos and blogs on the community web page. React is up to date technologically due to these active contributors and is expected to grow even further with time.

Additionally, over 32 percent of professional programmers prefer C Sharp programming language over others and believe that it has the third largest community among users.

As the React community develops, there will be more solutions available online, with answers to questions and issues faced by most developers.

React JS is used primarily for cross-platform app development. React JS allows you to use the same architecture for both your web app and mobile app. The platform comes with a number of benefits and should definitely be on your list for the future.