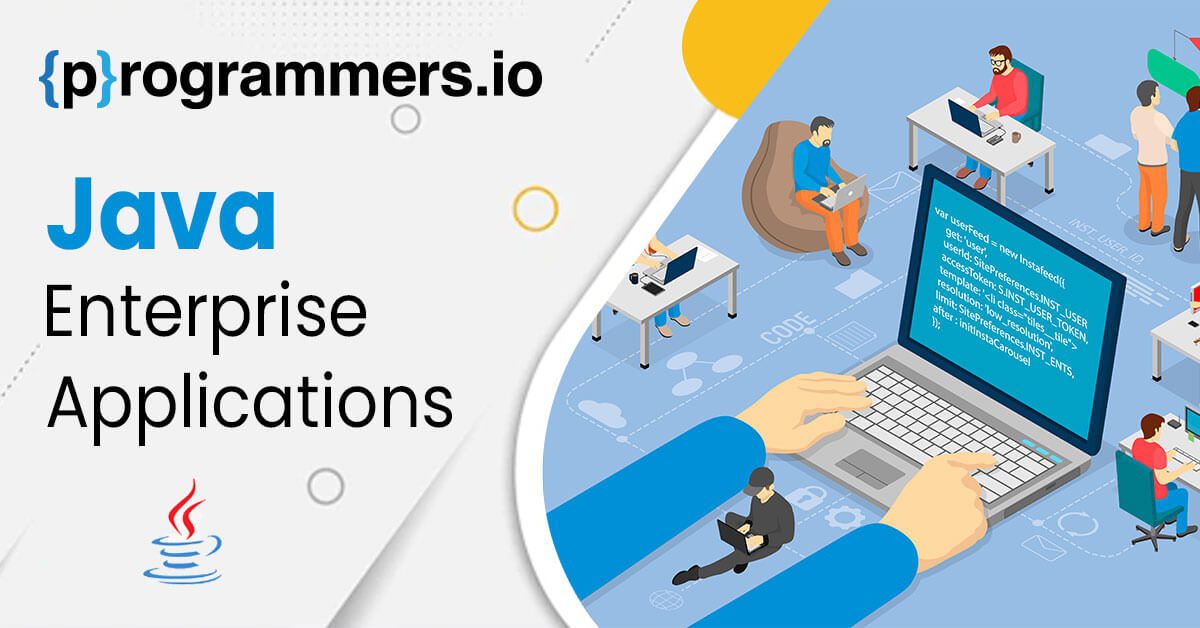 Java, the programming language, has turned 27 this year. Considering the rapidly changing world of software development, it is hard to imagine that a 27-year-old platform is still relevant. Java has evolved over time, but it is facing stiff competition from the likes of Python, Kotlin, and JavaScript – which is currently one of the best programming languages for coders around the globe today.

However, the emergence of other programming languages has in no way taken away the thunder of Java as a programming language. Java is still a force to reckon with in the enterprise world and is host to plenty of innovations and solutions for developers to implement. Java today is more relevant than it ever was, and will continue to do so because of its feasibility for enterprise software.

Want to know why? In this article, we take a look at some of the reasons why Java is the king of enterprise software. Stay with us as we look at the reasons and help you understand the relevance of Java in this world of innovation.

What Makes Java the King of Enterprise World?

Java is one of the most prominent programming languages in the world today. Java’s prominence and success are highly attributed to its ability to manage the enterprise world and provide ease with developing enterprise software.

Some of the reasons that make Java a success for enterprise software development include:

Java is extremely efficient and scalable in nature. The programming language is trusted by hundreds and thousands of brands in the corporate world. Java can perform flawlessly, without any issues in workload.

Java is highly scalable as a programming language, which means that the language can incorporate improvements and growth as well over time.

The coding standards used by Java are perfectly suited for enterprise software in the corporate world. There is an abundance of documentation available on Java. The programming language makes it extremely easy for developers to manufacture their own software for the corporate world.

Java Virtual Machine is perhaps the best factor associated with Java, the programming language. The existence of JVM makes it easy for organizations and in-house developers to transport code written in Java to other solutions. Java code is also considered to be the most portable among all programming languages, as it is easy to transport from one program to the other.

There are a number of other reasons that make Java the go-to option for software development in the enterprise world. Java comes with amazing security features and excellent development tools. Plus, there are a number of Java developers are available across the world. You can easily find a Java developer to work on the project you are currently tackling. The Java engineer you find can understand the core components of the programming language and then give you the kind of app or solution you are looking for.

Keeping up with Oracle Support

Being popular for enterprise software isn’t the only reason why Java is still up and breathing in the market today. Java has been around for 26 years and is still rated one of the best software solutions. Java has new solutions coming in during September and March.

Java is managed by the Oracle corporation and is continuing on an upwards curve under the patronage of the company.

Oracle announced Java 16 in March 2021, which comes with some 17 new enhancements to make the platform a bit better. This innovation and regular upgrades mean that Java is going through a new curve at all times. The programming language may be old, but it is acquiring new concepts and developing with time.

Java has regularly been updated by the team at Java to incorporate new changes and to work together with the latest innovations in the world of technology. These updates make Java stand together with other recent programming languages and be just as trendy as them.

The growth and resourcefulness of Java can be identified by its ability to be relevant in an age where machine learning, artificial intelligence and IoT have all become common. A recent IoT developer survey found that Java is the most developed and important programming solution for IoT development and management. Java was initially created as a language for personal assistance and is living up to that tag, as it manages IoT and the moves associated with it.

Java is also used in AI and ML, where corporates use it to run algorithms. It is safe to say that Java today is more relevant than ever, and is the king in Enterprise software. The programming language has gained its title on the back of innovations and improvements.