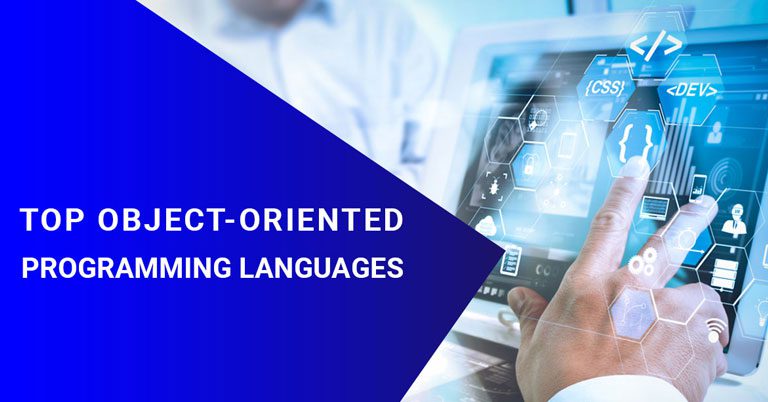 Industry Matters
By Vishal on November 16, 2021

However, projects call for object-oriented languages, which is when developers find it hard to choose the right one. Choosing the right programming language can make or break a project, which is why it is necessary that developers fully understand requirements and do not undermine them.

In this article, we take a closer look at what object-oriented programming actually is and the steps programmers can take to choose the perfect programming language. We also study some of these languages to make the choice easier for all involved.

What is Object-Oriented Programming?

OOP was a drastic shift in programming, as this approach relies on objects and classes for the language to work. Both these constructs can be confusing for developers to work on together, which is why there is some confusion and difficulties. A class is basically defined as a software blueprint through which objects are created and then identified. Hence, we can summarize that a class is a template that assists in the creation of a blueprint.

We can simplify this further by taking an easy example. You can begin by thinking of an object as something tangible that you can touch. Think of a record, a phone or a cup – anything that matches the requirement of being touched.

OOP is based on four simple principles, including:

OOP makes it easier for organizations to collaborate through the development process and categorize things rightly.

We now cut the chase short and look at some of the best object-oriented programming languages to help your growth motives.

Without even a semblance of doubt, Java is one of the best and most widely-used OOP in the market today. Java has come a long way and is widely known for its implementation and strategic development. Android development has progressed to new heights on the back of Java, which is an achievement of its own.

Python is a general-purpose language, which you can apply across multiple cases. What makes the language excellent is its ability to fit in well with all use-cases. We have included Python near the top of this list because the language is perfect for data science and machine learning. You will not find a language better at ML and Data Science than Python.

C++ is another language used for building interpreters and compilers that can help interpret other programing languages. C++ basically includes all the concepts of C while improving on it further to make it fast and flexible for OOP usage.

Ruby is very similar to Python when it comes to implementation and general usability. Ruby is built to impress and comes with a complete and extensible design that is simple in nature. The syntax for Ruby is fairly simple and can literally be understood and used by anyone who has operated a modern-day programming language.

C# is another extremely popular language used for general purposes and to meet OOP requirements. Developed by Microsoft back in 2000, C# was designed with the .NET revolution and initiative in mind. C# is primarily used for desktop applications, which makes it perfect for software processes with GUI. C# is also used within the gaming sector.

Object-oriented programming languages continue to play an extremely critical role in the growth and development of software operations around us today. It is hard to hence ignore the OOP languages mentioned in this article.

Are you are looking for an expert full stack development team to enhance your OOP Software Solution? Programmers.io will be the best choice for you. You can hire remote Object-Oriented Programming Developers on demand.