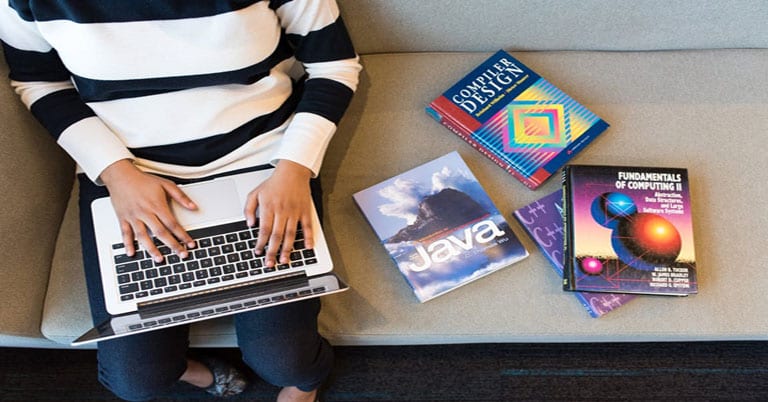 Java almost always pops up in programming-related discussions, whether you are building desktop applications, mobile applications, web applications, or AI-powered systems. That is why java is known as one of the most versatile programming languages. Programmers like Java because of its wide range of accessible resources, ease of use, security, platform independence, and many other key features.

TIOBE’s study shows Java leading the charts in 2020 as the second most popular language. Over the past two decades, Java has continued to top the programming popularity charts. However, to work with Java effectively, you need a number of testing frameworks.

What Are Java Testing Frameworks?

Java testing frameworks are bodies of pre-defined code utilized for creating customized applications. Testers use automation testing to control their capabilities and make better applications. With frameworks, you can add code to your large body of pre-written codes. They offer a sophisticated, standardized, and extensive means to create a website application. They consist of a large collection of packages that supply pre-written code. Based on your preference of testing framework, you can incorporate APIs, tools, compilers, and other things.

Spring MVC boasts an excellent testing framework that enables comprehensive testing without using a website container. Many experts rate it among the best libraries to write automated tests for Spring web applications. It offers unparalleled support for performing integration and unit testing with Spring applications.

The spring-test-module provides the Servlet API mock objects on which this framework is founded, which means that it doesn’t need a servlet container.

These tools ensure you can analyze your MVC applications via an automated manner with considerable ease.

JUnit is one of the more well-known unit testing frameworks in the Java ecosystem. It helps writing unit tests for a path function to test a tiny piece of code. It plays a major role in test-driven development and is a part of the collective unit test frameworks, known as xUnit. JUnit enhances the concept of using testing over coding, highlighting testing data for a piece of code that has to be tested before executing the code. This methodology improves productivity and strengthens the code’s stability, minimizing the pressure on the developer and reducing the time spent in debugging.

JUnit 5.0 annotations came up with plenty of convenience and power for unit testing. Annotations enhance the process of writing unit tests for inspecting exceptions. Experienced developers who stick to the test-driven approach can first write code and then perform the unit tests prior to creating more code.

After writing the code, testing should be performed and checked for suitable outcomes. After new test code is created, you should re-execute all available test scenarios to make sure everything is fine.

Selenium is an open-source and well-liked tool for UI testing. It helps you test JSP pages without running them in a browser. With Selenium, you can test any site’s user interface and work with acceptance testing of web applications considerable ease. Selenium comprises various software catering to different testing requirements, including:

BDD is aimed at making these practices more insightful and accessible for specialists and beginners. It sets the environment from test-based to behavior-based, acting as a design paradigm that highlights automation and communication. The core JBehave distributions include:

Mockito is a Java-based framework used for unit testing. Mocking refers to a technique of isolating a class to test its functionality. It does not need a database connection for testing its functionality. Mock objects mimic the real device and use dummy data for passing input.

With Mockito, you don’t have to write your own mock code. It supports return value exceptions, using annotations to generate mocks, and check on the order of method calls. Mockito relies on Java reflection to generate mock objects of a specific interface.6. Spring Cloud Contract

Whether you work on a monolith or microservice, applications need to work with external APIs. Writing automated tests that rely on a remote service can be risky. For example, a test run could fail if the remote service becomes unavailable or if the data is not found.

You can use the Spring Cloud Contract to resolve these concerns. It supports a concept known as contract testing, allowing you to define an API and utilize the contract to test consumers and producers.

Automated test also act as a type of living documentation for the system being tested. Similar to documentation, it helps accurately communicate the essential concepts to readers. With AssertJ, you can improve the readability of automated tests by generating fluent assertion syntax. Besides, it is compatible with JUnit and TestNG, which means that you can use AssertJ in your tests without worrying about a sophisticated migration process.

Today, it is necessary for developers to become better at testing applications and gain a deeper knowledge of testing. As a Java developer, this is something you must do to become an expert. If you have queries, send us a message today.