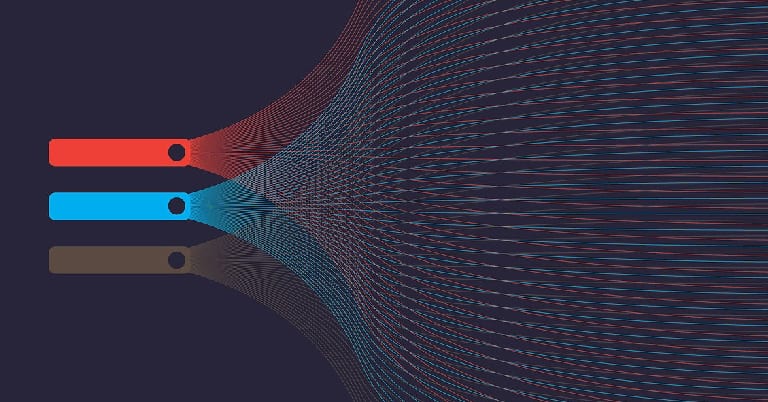 Out of all professionals in the IT industry, programmers go through perhaps the most extensive and thorough learning process. Learning your first programming language is a huge step towards your career progression and the journey to becoming a professional programmer. However, if you stop the learning process after your first language, you will drastically limit the number of career prospects you get in the future.

The tech world is going through multiple disruptions at once. Technology is picking up pace and developers have new coding languages to learn almost every year. Every year, we see the release of a new coding language that is relevant to a new tech platform created for more convenience and ease of access. There are currently more than 500 programming languages accessible to users, and each one of them carries its own use case and implementation.

The rising number of languages has meant that many platforms and companies that were previously dedicated to only one language have broadened their horizons and can now be altered and accessed through multiple languages.

Shutterstock, for instance, was previously dedicated to only one language known as Perl. The platform has now become multi-lingual and comprises a developer team that has mastered Objective-C, Python, Java, PHP, Ruby and Node.js. A platform with multiple programming languages at its core is no more the exception; instead, it is the norm now.

So, if you’re a programmer with expertise in only one language, you might probably be asking: ‘can someone really be successful in the programming world only knowing one coding and programming language?’ While certain languages carry special roles and specific purposes, a majority of organizations in the job market today prefer individuals with a command over multiple languages.

More Tools to Get Your Job Done

As a programmer working in the industry, your primary purpose is to learn new ways and techniques to get your job done. Besides just spicing up your resume, the more programming languages you learn, the easier it gets for you to solve complex problems in platforms with cross-language integration.

The end goal for every programmer is to learn new ways to figure out solutions to complex problems. The ability to look at a problem and figure out a solution for it is something that comes naturally to programmers. Naturally, the more programming languages you know, the easier this entire process gets for you.

Just like manual craftsmen acquire expertise in using hammers, sanders, screwdrivers and a number of other tools, you should also look to learn the most important programming languages and increase your problem-solving skills.

Believe it or not, but more languages result in more money in the programming and development world While the ultimate purpose for most companies is to keep their costs down, they recognize the utility of someone who knows multiple languages and has better problem solving skills. As a result, they are prepared to pay a significantly larger sum of money to a professional that can switch between multiple projects in different languages and has expertise in almost 3 to 4 different languages. The pay rise may vary, but what we do know is that developers and programmers with expertise in multiple languages are in demand.

While a number of companies are actively looking for developers during a given day or week, only a few of these jobs may actually relate to the programming language you have expertise in. By acquiring more programming languages and learning their intricate details, you better position yourself and enhance your chances of getting a good job whenever you want.

Only knowing one language limits your job potential by default. Knowing more programming languages opens up avenues for you and allows you to pick a career path that you deem best for yourself. Don’t be stuck with options and pick a company that you love.

Learning a programming language is almost the same as learning a new foreign language. Obviously, you do face some complications when learning your first language, but once you do that, it becomes easier to learn your second, third and fourth language.

By being a versatile programmer and adding more languages to your repertoire, you ensure that your skills and expertise never become outdated or obsolete.

The research by stack overflow also shows that most of the developers leave their job in search of better opportunities and technologies, besides better compensation.