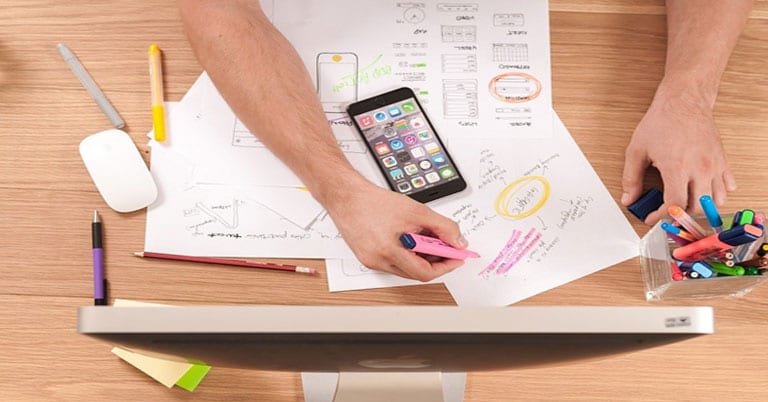 Mobile apps are increasingly becoming a major asset for businesses. Initially used as a marketing tool, now mobile apps have become a key part of business models. That said, creating a mobile application is not easy. Choosing the best platform and the right stack of app development technologies can help you create a mobile app that suits your business.

Factors influencing your choice of programming language include:

Native applications are functional only on their native operating system. Therefore, a native Android application will not work on iOS and an iOS app won’t work on Android. Although the inability of native apps to work on different platforms makes them costlier, they are known for their greater performance and robust nature.

However, the technology stack for native apps is limited, as well. Each platform only supports a handful of technologies for app development. In the early days, Android mobile apps were primarily written in Java, whereas iOS applications were developed through Objective C.

But today, two new technologies have now become a permanent part of both respective platforms. Developers are starting to use Kotlin for creating native Android apps, and for iOS, they now use Swift.

Native apps are tailor-made for specific systems and are designed to make most of the available features. Therefore, they can integrate more easily with a wider range of local features such as in-app payment methods, virtual voice assistants, voice navigation, etc.

Hybrid apps are mobile apps created using web technologies such as HTML, CSS, and JavaScript, and a tool called Cordova. They are a blend of native and web solutions, hence called hybrid. The core of these solutions is written in web technologies and it is then encapsulated within a native application.

By incorporating plugins, you can get full access to several local features of mobile devices. At the core, a hybrid application is made from HTML, CSS, and JavaScript. Despite that, these applications have their browsers, which users cannot see themselves.

Tools such as Ionic’s Capacitor and Apache Cordova allow you to embed hybrid application code into a native application wrapper. By creating a native shell application, these solutions can load the web application in the platform’s webview component.

As a result, you can use virtually the same code to create apps for both Android and iOS. This makes publishing true native applications significantly cost-effective. You can also bypass the limitations of browsers and access all the features of a mobile device through a collection of different plugins available on both Cordova and Capacitor platforms.

Occasionally, you may have seen banners asking you to adds an application to your home screen. These apps, although look similar to apps on your phone are not apps. Instead of being actual apps, they are websites that install on your phone and behave like apps. They are known as Progressive Web Applications.

Similar to a typical website, progressive web apps are distributed through URLs instead of the Play Store or App Store. Moreover, they are hosted on servers and you can only discover them y searching for them through search engines.

The problem with using web apps as phone apps is that web apps need to be constantly connected to the internet. Progressive Web Apps counter this problem by leveraging a technology called Service Workers, enabling them to work offline. Service Workers caches website data on your phone and display an icon for the bookmark created on your device.

Flipkart is a great example of PWA apps for businesses. To learn about other features of PWAs, you can explore Google’s checklist to see which features matter the most for PWA apps. The downside of these apps is that they can only access native device features supported by web browsers such as video capture, audio recording, or camera.

Mostly, you will see PWAs in the form of “Lite” versions of apps, such as Facebook, Twitter, and Uber. However, they are best suited for e-commerce and other businesses that don’t need advanced functionalities of native or hybrid applications and require an inexpensive mobile app for their business.

Let us look at how native, hybrid, and PWA apps differentiate from each other.

For native apps, you must develop and maintain separate codebases for Android and iOS. You will use Kotlin or Java for an Android native app and Swift or Objective-C for developing iOS apps. Therefore, you can’t reuse code when making apps for different platforms.

In contrast, hybrid and PWA allow code reusability. Since they all leverage web technologies such as HTML, CSS, and JavaScript, it is significantly easier to reuse code in Hybrid and PWAs applications.

On the other hand, the cost of hybrid applications is moderately lower compared to native apps. PWA apps cost the least among all development techniques due to their limited features and also because of how conveniently you can transform them from websites to phone apps.

Native applications are tailored according to a specific system. Because these applications are in their element, they can leverage all available features and resources more efficiently than browser-driven web apps. As a result, native mobile apps are faster than non-native apps, whether those other apps are PWAs or hybrid applications.

Another factor that affects application performance is that native apps are written in languages fully supported by a particular platform’s ecosystems. As a result, they will run more smoothly and will have access to a wider range of technologies, APIs, and exclusive components than hybrid applications or PWAs. Despite that, hybrid applications still outclass PWAs because they have access to plugins that fill in for those exclusive features.

Although some native and cross-platform frameworks such as Flutter and React Native are protected by different layers of security in the operating system, most hybrid applications and PWAs (especially the ones developed through Cordova or Ionic) rely on browser security to stave off cyber threats.

Since many hybrid apps can’t access the security layer from the operating system, they are vulnerable to cyber threats. That said, frameworks such as React and Flutter offer greater security compared to most hybrid mobile apps.

Purely native applications have access to the full range of features a device has to offer. They can make most of all features and also have exclusive Apple and Google APIs to support them. Thus, they are more powerful on many levels.

Operating systems such as iOS and Google’s Android directly release these exclusive APIs in the native development method. Apps created through Cordova or compiled frameworks such as React Native cannot access these features directly. You will either need a translation code or a wrapper to access those features for hybrid applications. However, PWAs can’t access those features since they don’t have technologies to help them.

Although native, hybrid, and PWAs are available on mobile phones as apps, they all function differently. Natives apps are best in terms of performance and security, but they lack the cost-efficiency, reusability, ubiquity, and robustness of hybrid and PWA apps.

As technology develops, you will see greater features in lightweight PWA apps. For now, small-to-medium businesses who want mobile solutions without paying for applications on separate platforms can leverage hybrid applications. In contrast, large organizations that have the budget and resources to build powerful customized applications can choose the native platform.