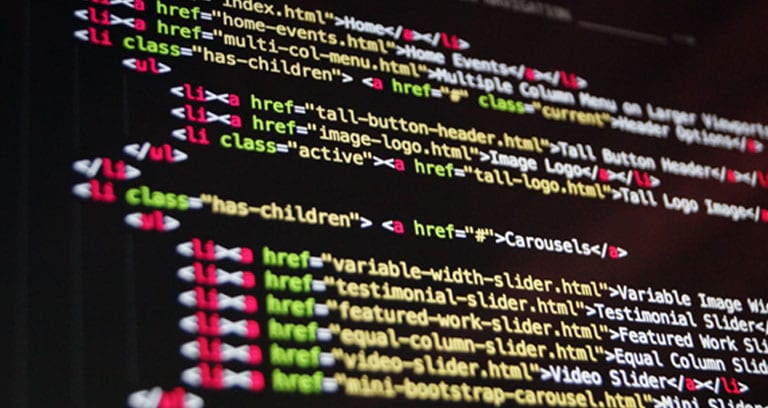 Java and PHP are critically acclaimed and well-known programming languages for web and app development. As codes form the backbone of your HTML website, both Java and PHP have for ages been the go-to languages for programmers and web developers.

Before we pit both these immensely popular languages against one another, let us first clarify that there are no good or bad programming languages. A language deemed better by one user can prove to be less suitable for your development task.

Through this detailed comparison we help you make an informed and knowledgeable choice between JAVA and PHP. A great part of this comparison requires in-depth understanding of your project and the task you’ll be handling. Hence, it is best for you to be clear on what you expect and the work you need to perform. Like we mentioned earlier, there is very little separating these languages from each other.

PHP is an HTML based server-side scripting language. Launched in 1995, PHP has become an industry leader due to its free access and ease of use. The platform offers a fast and responsive way for organizations to develop dynamic web pages.

PHP comes with a wide range of different frameworks. All of these frameworks offer highly productive and swift solutions that can aid in the creation of responsive web pages. The large community of PHP developers also makes it easy for novice developers to find solutions to any complex problem they face in the project creation phase.

Java operates both, as a client side and a server-side language. Launched in 1996, Java offers a complete web development solution to programmers. Java comes with enhanced flexibility to accommodate novice as well as expert developers.

Java provides a Virtual Machine, which enhances its speed and helps it perform flawlessly on a number of operating systems. The community support for Java is second only to PHP, as a number of developers have used it to create dynamic websites. Hire dedicated java developers to get a better understanding of your project if you are thinking of choosing Java as your primary language.

Both PHP and Java form the colossus of programming languages. When we check popularity statistics, PHP outshines not only Java, but all other programming languages in place. As per recent statistics from W3Tech, a whopping 79 percent of all websites today have been developed using PHP. Where Java has been used in 108,177 websites, PHP has been used to develop over 7 million websites.

While these stats might sway you in favor of PHP, tech reviews aren’t decided on the basis of popularity. Let us delve into the intricacies of both programming languages and pick the right choice for your business.

With the introductions done, we now consider some necessary features and explore how both of these languages fare against each other.

Working of the languages

Java and PHP, both are open-source and object-oriented languages. As already discussed PHP is a server-side scripting language but now it can also be used for other purposes too. PHP is an interpreted language which means it runs on-the-go: code (script) is sent to an interpreter, translated into machine’s language and executed.

Java is a general-purpose, compiled programming language. Java motto is

‘To write once and use everywhere’. Therefore the Java code runs at any device where Java Virtual Machine (VM) is installed. Java programmers have a huge community and are easily accessible for all the project requirements.

How these two languages work can be better understood with the image below:

PHP is a scripting language extensively used for web development. While it didn’t support object-oriented features initially, PHP now offers a number of OOP features. Many websites currently use PHP as an object-oriented language.

On the flipside, Java has always been an object-oriented language with additional support for paradigms such as anonymous functions and lambda expressions. These paradigms can come in handy when writing modular software applications. Due to this enhanced programming support, expert JavaScript developers often prefer Java for modern programming and enterprise applications.

PHP is a market leader in code execution as its code can easily be executed through a number of ways. Developers can use script tag to embed PHP code in HTML code. Programmers can also execute PHP codes through the interactive content management system.

The source code for Java, on the contrary, is complicated through a bytecode, which is only executed on a JVM or Java Virtual Machine.

We now look at how both these languages stand against each other when it comes to project implementation and completion.

Launching a quality product in the market is the goal of every business. To acquire this goal there is an in-depth research to choose the suitable language. Here is the comparison between PHP and Java considering their project implementation techniques

All businesses and the developers working under them strive to launch the best quality products in the market as quickly as possible. In general, you will find PHP to be cheaper and more rapid when it comes to software development. PHP developers also charge less than what some Java developers charge, and the process itself is smooth. However, businesses with no immediate time-related objectives can move over to dedicated java developers for enhanced programming support.

Both languages can develop robust software programs with responsive designs. However, a slight difference in code readability puts PHP above Java. Most Java applications reach their peak speed levels after they’ve fully loaded. PHP speeds are consistent and fast at all times as each code is executed once the server reads it. PHP works like a charm on projects that don’t have any complex big data requirements or sophisticated solutions.

Security is an important point of comparison, especially with the growing number of threat actors in the market today. Experienced software developers can enhance the security of your web applications, regardless of the programming language used. However, Java stands above PHP due to the sheer majority of tools in place for security empowerment.

Both Java and PHP stand even when it comes to tools. Both have been around for well over 2 decades now and have a wide choice of libraries, frameworks and tools on offer. Both platforms also offer a rich set of APIs and debugging tools.

To simplify the java and PHP comparison, here is a table:

While concluding all aspects, it is evident that choosing between both these languages is hare-brained. Both these languages have their own strengths and flaws and can be useful for different project types. You cannot blindly pick one of these two languages without carefully studying the requirements of your project and understanding the language that best helps you based on our analysis above. Hire java developers from our experienced team and get efficient solutions delivered on time.