We are programmers who are experts in JAVA and modern frameworks ReactJS (Reac JavaScript) and modern platforms (Reactide, React Studio, Storybook, React Styleguidist, React Cosmos, CodeSandbox for React, React-Bootstrap, etc.). We extend your existing team so you can accomplish your goals faster. We offer an industry unique “Don’t pay us if you are not satisfied” guarantee on our work.

Hire Us As Your Custom ReactJs Developers

Programmers.io helps your business maintain and execute projects by providing experienced Reactjs developers who can join your team and immediately start delivering reliable, high-performing Reactjs apps to leverage and distinguish your business.

Our full-stack React.js developers build interactive UI/UX for real time user experience across devices and can help as well with React Native applications and Node.js libraries.

Our React.js developers develop plug-ins and modules to tweak your application’s front end.

Why ReactJS For My Project?

First developed in 2013 by Facebook, React (and its family of related open-source products such as React Native and ReactJS) compete with any other framework for ease-of-use. ReactJS has become popular quickly. It’s easy to learn and use software analogous to building with Legos. Its components are coded in the open-source Javascript language and ReactJS lends itself to nimble, popular user interfaces. Apps such as Netflix, Instagram or Facebook allow users to interact on a single-web page contributing to or personalizing their experience. With startup speed, runtime performance and modular components that constantly allowing for improvements and new components in the user-interface, businesses can keep users engaged and happy. ReactJS apps allow users to own personalized experience. Meanwhile, the app itself produces, moderates and filters content. With ReactJS, your company can offer highly interactive, fast loading, single-page content while maintaining the flow, appearance, and presence of content in line with your mission.

Technologies
Small websites and huge web applications use React because it excels at displaying data that changes over time without the user having to refresh the website. It handles only the user interface part of applications, which classifies it as the View part of the standard MVC (Model-View-Controller) architecture. While perfectly able to be stand-alone, it can even be used together with other front-end Javascript libraries and frameworks. It can be used with AngularJS, the popular Android-based framework.

Unique Structure
To be clear, React is a front-end library written in Javascript. React is declarative, in language speak, and used directly in the front-end to set up components for rich user experience. On the back end, React renders in a Node.js, a form of javascript. React Native, released as open-source in 2015, powers full-fledged applications. ReactJS is simplified code for the user-interface (UI) that uses JSX syntax to mix in HTML and CSS code lines, so it’s nimble and easy-to-use. Full-fledged applications are written in its React Native incarnation, but contain large libraries of reusable code so that apps can be used across iOS, Android and Windows.

Unique Architecture
ReactJS is simplified code for the user-interface (UI) that uses JSX syntax to mix in HTML and CSS code lines, so it’s nimble and easy-to-use. React supports rendering to <canvas> tags, and it is suited for isomorphic architecture, i.e. application logic that runs on both ends: the Node.js server and the client. In other words, it allows clients a dynamic experience without page reloading.

Virtual DOM
The programmer no longer has to manually figure out the differences in HTML code that should be rendered, nor do they have to manually update specific parts of the webpage. React’s Virtual DOM enables the programmer to simply write code as if the webpage were loaded anew with every update, and React will automatically figure out the difference (using the diff algorithm) to update the view.

One-way data flow
To keep things clean, React does not allow component renderers to mutate any values passed to it. Instead, the data passes through a control point to the components so that each component is self-contained. It can be changed without affecting the entire application. This ensures that the data mutation logic and the rendering stay separate, which allows for debugging and reliability. The data flows down, actions move up.

React Native
React Native provides the core of the application which functions indistinguishable from the platform’s native language – Android, iOS, Windows – going beyond mere “mobile web app” or a “hybrid app.” React can do this because it uses the same fundamental UI building blocks as regular iOS and Android apps. Its unique Javascript base allows for instant app reloading (without recompiling) as well as hot reload, which allows for running and testing new code without interruptions to the application’s state.

When the platform’s native language must be used, perhaps for optimization or other purposes, React Native helps developers write in the native code and combine with Javascript. It’s what powers Facebook, Instagram, and Netflix, among others.

Conclusion
With ReactJS for the front-end and React Native for mobile, React remains a go-to for even the largest applications. Our developers will help you determine which you need, from ReactJS for front-end development to full-fledged apps in React Native or the data back end in Node.js.

At Programmers.io, We help you execute projects by providing trusted ReactJS developers who can join your team and immediately start delivering high-quality services.

Check out our latest publications and research works on ReactJS:

Software Testing – An expert way to assure Quality to your customers

Software testing is often underrated when it comes to tight deadlines and deliverables. Developers try to compromise in software testing phases, and this leads to ...
Read More

Vue.js is another JavaScript framework and many of you know about it already. You can read our previous blog to get a basic understanding about ...
Read More 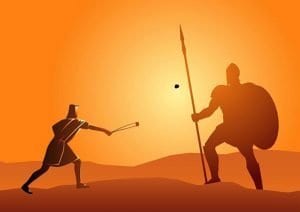 Meet Vue.js When Evan You graduated from design school with his MFA in Design and Technology, he was just beginning to play with JavaScript for ...
Read More

Any cookies that may not be particularly necessary for the website to function and is used specifically to collect user personal data via analytics, ads, other embedded contents are termed as non-necessary cookies. It is mandatory to procure user consent prior to running these cookies on your website.