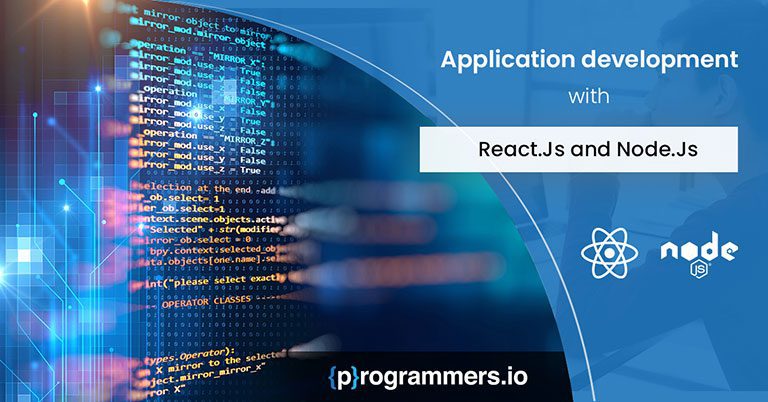 The combination form by a React front-end and a Node backend can lead to great things in the world of development and programming. The platform provides a solid combination to develop an application.

In this article, we look at the processes you can follow to build and deploy an app with React at the frontend and Node at the backend. Let us see how you can use React JS and Node.js to create a web application from scratch.

Tools You Will Need in the Process

You will need the following tools for the process:

Steps for Creating an App with React and Node.js

You need to start by creating a folder for your project. Once that folder is ready, you can drag and drop it into your code editor. Doing so will create a package.json file, which will allow you to keep a track of all dependencies.

You will use Express to create a web server, which will run the port for 3001. Heroku will determine the value of the code when the app is deployed. The code below will be run:

Finally, we can set the application into motion by mentioning the following in the port 3001:

The next step in the process is to create an API Endpoint. This API Endpoint will help give React app data, perform alterations in the data and give commands that only a server can give.

We will initiate this operation by sending our React app a message that says ‘Hello from the server. The code mentioned below will create the right endpoint for this route:

The server will be restarted, as changes have been made to the Node code. You can test the code by running local host API in the browser.

The third step in the process is to create a frontend for your application. You should start by opening another terminal lab to create a new React project.

This will be followed by using your React app with all the dependencies. We will then start the React app by running the start script. The script will be the same as it is for the Node Server.

We will then enter our code on the localhost: 300:

You can now view client in the browser.

The fourth step in the process is to create HTTP Requests to interact with the API. This can be initiated by making a simple GET request through the Fetch API. The request will be made to the backend and the data can be returned as JSON.

The code to be entered here will look like the text below:

It is now time for you to deploy your application to the web. The first step you should follow is to remove the Git repository that is within the create-react-app code. This is an essential step, as you need to deploy the Git repo at the root of the project and not in ‘client’.

Once we deploy our code, bot the React frontend and Node backend codes will be served within the same domain of the herokuapp. We will see how the codes and requests are handled by the Node API. We need a code that helps show our React App to users when they need to see it.

This is done by adding the code below:

The code above allows both our React frontend and Node backend to be deployed within the same domain. The code below will add a new Git Repo for the project:

Your app is now ready and can be used with a frontend and backend of React JS and Node.js.