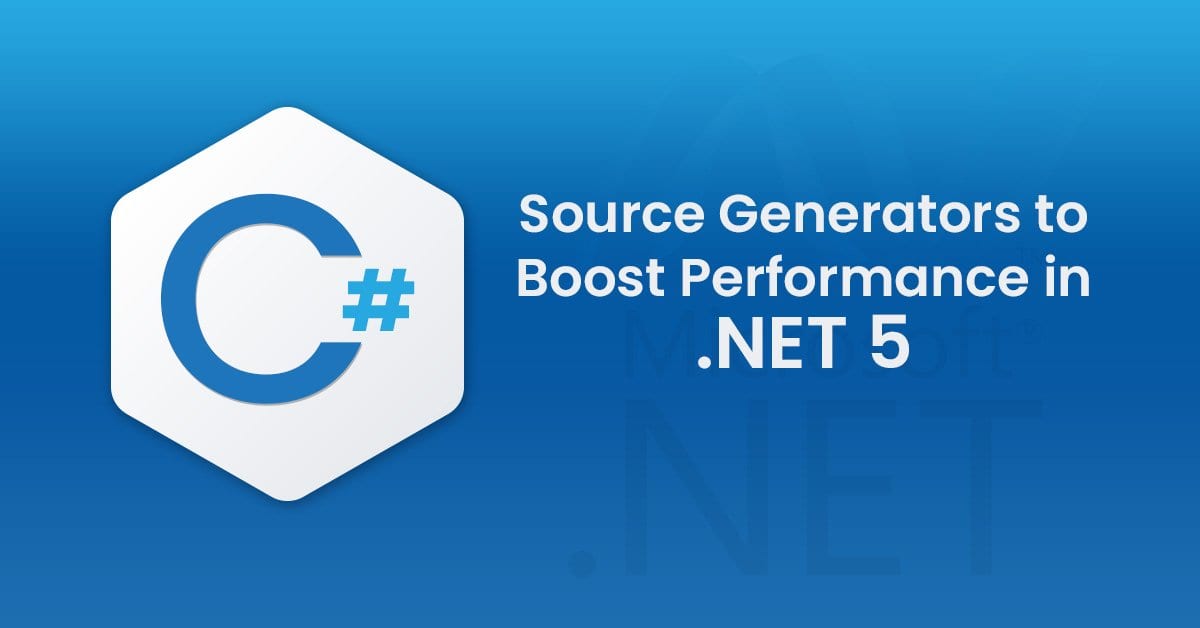 In April 2020, Microsoft announced its first previews of .NET 5, aimed at unifying the .NET platform. .NET 5 offers so many promising features that Microsoft skipped version 4 to leapfrog right to .NET 5. With .NET 5, Microsoft joins the trend of other SDKs. .NET 5 offers a unified experience, a single BCL across all its applications and improved native and web apps for many devices and operating systems. In other words, projects for one device will work across Windows, Android, and iOS with native controls.

Early reviews tout improvements to garbage collection procedures and the RyuJIT code quality, but the technology that may wow us all are Source Generators, which compliment Roslyn Analysers, runtime reflection code, and Type Providers in F#. So, what are Source Generators? What do they do that enhances code?

What are Source Generators

They’re so new that one may infer from reading the Source Generator Design Document, as well as Microsoft’s development blog, that their capacities are not fully evident. What we know is that they are promising new technologies. They are metaprogramming tools that developers can sandbox to explore best uses.

So, developers, here are the basics to whet your appetite and help you become an early adopter of this technology.

Source Generators are code to be used as part of C# compilation to inspect a program and generate additional files to be compiled together. According to Microsoft, they allow for retrieval of a compilation object that represents all the code being compiled. First they inspect and allow coders to write code that fits with the syntax and semantic models of the code being compiled, i.e. improve or enhance software in the development process. They also generate C# source files to add to the compilation. Finally, they input additional source code automatically while compiling.

Encoding Source Generators into your SDK allows you to complete the controller discovery process at compilation, not at the first start up. They can reduce stringly-typed code, which can create problems for other developers to understand. Stringly-typed code often results in runtime errors. Source Generators allow for strongly-typed routing, and string types to be generated at compilation. In the MSBuild C# task, Source Generators can reduce total calls to the compiler because the MSBuild tasks don’t have to be balanced or traded off. The new code allows for better abstraction in the task.

Design Goals For This New Technology

According to the Source Generator Design Document, the goals for the generators look like this.

Developers who first looked at the previews have asked if Source Generators will be able to modify or rewrite existing code, somewhat like Type Providers in F#. However, the .NET development team predicts it will not allow for that feature because the powerful benefit of Source Generators is that they keep code predictable at runtime.

Looking ahead to Source Generators in future previews (and in the upcoming final version of .NET 5) is partially up to developers. Microsoft invites C# library developers to try out Source Generators to sandbox their potential. With feedback, they hope to improve and better use the technology. At this time, their design may change. Microsoft’s .NET 5 team is focusing on the user editing experience as well as modifications to the API. For this reason, they want to generate buzz and code, pun intended, as well as feedback. Now is the time for .NET developers to influence the technology to make it more useful. Now is the time for coders to play.