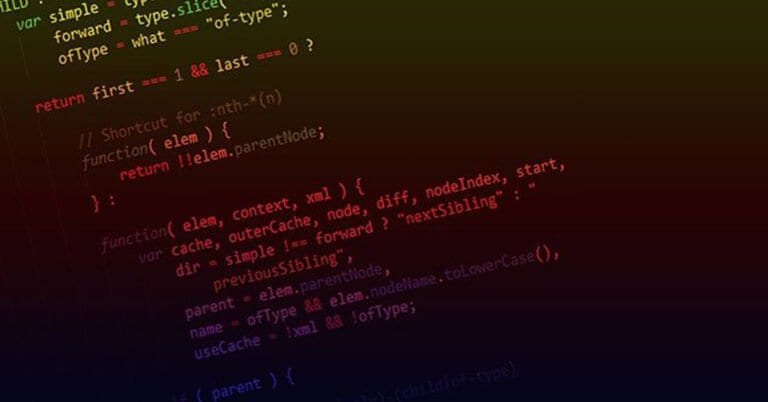 Software & Technology
By Tushar on November 3, 2020

Have you ever wondered why developers use React alongside Node.js? Well, considering both React and Node.js are written in JavaScript, both seem to be the sensible choice for each other. However, in web development, we must go beyond convenience and use technologies that help us implement features we need in our solution.

In this article, we will discuss the connection between React.js and Node.js and find out when it’s ideal to use them together.

React.JS: When Do We Use It?

Developed and maintained by Facebook, React.js runs on the browser and is used as a front-end library by developers. Similar to other libraries, it also runs on web servers, such as Apache, or in conjunction with backend, such as Rails or PHP.

React.js was initially designed to work on web browsers. Unsurprisingly, the library has a ReactDOM library designed specifically to work alongside the browser’s DOM. However, with time, this library has transformed into a cross-platform framework we all know as React Native.

React is perfect for building web apps and resolving issues related to low performance caused by DOM manipulation, as well as slow user interactions. It uses a Virtual DOM to save changes. At the same time, the library leverages an algorithm that analyzes the application’s state and figures out the difference between two UI states.

Because of its dynamic nature, React.js is the automatic choice for developers who want to build highly robust native and hybrid applications.

Node.js: When Do We Use It?

Node.js is a highly scalable backend library written in JavaScript. The technology is known to be fast, lightweight, and asynchronous. Being event-driven, it has non-blocking I/O, making it easier for web apps to handle real-time data streaming.

Additionally, the library is ideal for building modern solutions that rely on WebSockets, event queues, and microservices. Due to Node.js’stremendous flexibility, 43% of developers have admitted using it for enterprise development, as well.

What makes Node unique is that we can also use it as a single programming language for writing backend, as well as front-end code for server-side applications. However, for that, we must use JavaScript code in the runtime environment. With giants like Twitter, NASA, and Walmart using Node.js for backend development, Node.js is understandably one of the best server-side languages.

Node.js and React.js Comparison: What Makes Them a Good Couple

To start, both React and Node.js is JavaScript technologies you can execute on both server and client-side, making Node.js one of the easiest platforms to use with React.js. It conveniently lets us host and runs a web server for React applications. Two things contribute to making that possible.

Firstly, Node leverages a Node Package Manager or NPM to work in conjunction with the NPM registry, allowing it to install any package you want using the NPM CLI. At the same time, Node.js’s ability to bundle a React app into a single file, making compiling through webpack and various other Node modules extremely easy.

Additionally, you can use the Node.js environment directly to execute the ReactJS code. At the same time, React DOM’s components have been specifically designed to work seamlessly with Node.js, making server-side rendering extremely easy with fewer lines of code.

Server-Side Rendering is a special feature of JavaScript applications where you can render your web application on the server instead of rendering it on the browser. Considering in-browser rendering is what React.js is known for, it’s easy to question why server-side rendering will be useful for React.js.

Well, to begin with, SRS can help your website attain a faster first page load time, contributing to a good user experience. Moreover, as web developers, you must understand the importance of SEO in data extraction and crawling. However, SEO cannot render web applications while relying on the client-side correctly and efficiently despite recent changes to Google’s indexing rules.

Additionally, since Google’s SEO prefers websites and apps with faster load times, loading client-side isn’t ideal for speed. Server-side rendering helps you get around all these problems and allows you to easily gather the metadata.

Apps exclusively rendered on the browser are excellent for managing user interaction effectively after the first page has loaded. Because Node.js enables React.js apps to implement Server-Side Rendering, they can hit the sweet spot in the middle and generate pages on the server-side.

What makes this unique is that you can still manage all user interactions at the client-side once your page has been loaded. Even in cases where changing your React app backend to Node.js isn’t feasible, you can still benefit from its multiple features. In these cases, Node.js can run the web server hosting your React application.

Node.js offers a range of highly efficient and reliable tools you can leverage without using the Node Web Server. If your application backend is developed in another language (for instance, Ruby on Rails), Node.js can help you build the pipeline for RoR assets. CommonJS will make the entire process a piece of cake.

When Is It Best to Choose Node.js with React.js?

Although using Node.js every time you create a React app isn’t necessary, there are many situations where these too bond perfectly with each other. They allow you to pull major feats and make development significantly easier. Here are some of the situations where you should use Node.js with React.js.

Node.js is the missing link of the MERN stack, so it only makes sense to use it alongside React.js when you’re also using MongoDB and Express.

While browsers are powerful, they can’t handle applications with high server loads. It’s a given to use Node.js with React when your app must maintain server load balance or handle web several requests simultaneously.

If you’re creating applications with core functions like data streaming, Node.js will be excellent for continuing server connection.

Node.js has high code reusability and smooth code sharing with React.js, so developing JSON APIs can be extremely efficient.

Both Node.js and React have been designed for different purposes and are ideal for specific use-cases. However, when combined, these technologies make your web applications robust, powerful, and highly scalable.