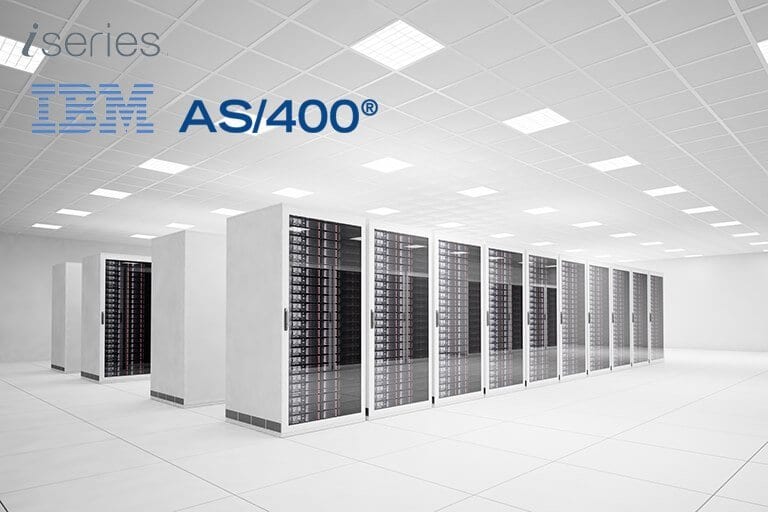 How many programmers/developers around you know or want to know about AS400 computer system? Maybe a very few or maybe none. AS400 is considered dead but the latest IBM Power systems or IBM iSeries today are still among the robust and reliable system architectures used by many organizations. Although it is one of the legacy systems but its modified versions have excellent OS and documentation.

This blog will take you on a quick journey of when, how and why of AS400, all the subsequent versions and operating systems.

IBM released an easy to use computer series named as AS400 for small businesses and enterprises. These mid-range computer series delivered better performance and high data security as compared to other computer systems in the 80’s.

A brief history of AS400 system…

If you are not much familiar with this technology, then you might not know what does AS mean? It is the abbreviation for ‘Application system’ and the reason it is called so is because it is based on the applications and not on the processor.

The first language supported by this system was RPG and then the subsequent versions of RPG followed as the system enhanced. It now comes in various sets like RPG IV, OVM and ILE.

Gradually, other versions and modifications of AS400 rolled out:

In 2006 iSeries was modified to IBM System i

In 2008 all the products in System i and p series were modified and launched as IBM Power Systems.

Updates also happened in the operating system, below is the complete table for your reference

Have a sneak peek into the as400 mainframe

Though easy to use for the users, IBM i has a complex internal architecture. It is integrated with hardware, software, security, a database and other components. AS400, now IBM Power system is quite advanced, unique, is extremely adaptable and can readily incorporate new technologies. IBM i is designed keeping the software and hardware separate so changes in one do not affect the other. This happens through the Machine Interface (MI) which is a software programming interface between the application, the operating system and hardware. This is how the AS400 owns independent software and hardware sections. In fact, the operating system in AS400/ IBM power systems comes integrated with in built database, wherein the user will not have to make any installations separately.

The file system in IBM i is an integrated file system (IFS). This means, applications written on other file systems like PC, UNIX, etc., can access data stored on AS400..

From AS400 to iSeries- evolution of IBMi

Albeit, so many controversies and lack of interest in people, the technology has its own beauty. The biggest feature of the IBM i system is that it is object oriented from the inception. To understand better, as Linux treats everything as a file including devices like printers, IBM i treats everything as an object.

Languages like C, C++, COBOL, RPG, FORTRAN, and CL are restricted to be used into the same executable and call procedures written in any of the other ILE languages.

Important characteristics of IBM i

We already know, AS400 systems now capable of supporting multiple instances of AIX, Linux, Lotus Domino, Microsoft Windows 2000 and Windows Server 2003 besides just IBMi. The Power processors used in IBM Power systems support IBM i, AIX, Linux and Lotus Domino. Windows is supported with either single-processor internal blade servers (IXS) or externally linked multiple-processor servers (IXA and iSCSI). Not only this there are many other important features that have made AS400 a widely popular.

Since inception AS400 promises reliability and security, is it really true?

OS400, the operating system in AS400 server provided 5 security settings value from 10, 20, 30, 40, 50 since it ventured. Though value 10 setting has become obsolete and removed from the the latest IBM i system, other 4 values remain and are used according to the business requirements of organizations.

Here’s what all the values demonstrate:

Level 10: It promised no security at all. It did not require any password to sign into terminal session. Therefore this level has been removed.

Level 20: It provides sign on password security which means once logged in users will have access to all the objects on the system. It was once used as a default setting in the system.

Level 40: This level is now the default setting in all the IBM i system. It ensures integrity protection and separates the user domain from the system domain. All the requests that are made from unapproved interfaces are not allowed.

It is recommended that organizations go for the highest security settings as this ensures fool proof protection of data. Well, it completely depends on your system capabilities and software, so make sure that your software run on the OS with level 40 security settings as it is the default in every system.

If not level 40, Level 30 can be used if you have software issues on implementing level 40. But while using level 30 you should be confident enough on how to implement object access controls. One best way to maintain object level access controls is through the proper use of OS/400 Group Profiles. Break up your user community and create certain group profiles for each set and then implement your access controls on the group profiles rather than providing coding controls for each individual user profile. Beware when dealing with the special group profile *PUBLIC as this can spoil all your planning efforts.

When we talk about Level 20, security issues arise. Therefore this level should be avoided most of the times.

But what if you are using legacy system set at level 20 or 30?

There’s nothing to worry about, as moving from level 30 and higher is easy, you just have to change the system value. If you are dicey about using your third-party software on upgraded system then you can activate audit logging few weeks before changing the level and see if there are any problems. This process will make it easier to switch from level 30 to above.

In case of moving from level 20 to level 30, process can be a bit tedious. Generally, the issue arises with legacy system as those previously depended on application security and menu controls as their primary safeguards.

Insights into IBM i Security for 2020

Security features in IBM I have been upgraded since its launch. The 2020 State of IBM i Security Study gives exclusive insight into the tools and strategies organizations are using to secure IBM I and what are the drawbacks in the system.

IBM i is widely used in organizations and industries where reliability, efficiency and security are the top priorities. It is mainly used for ERP and many mission critical assignments. Latest versions of AS400, the IBM power systems are useful for SAP users and Oracle database users.

The study is based on the settings on 255 servers and partitions, providing real-world information about how organizations around the world secure this powerful OS.

Some of the alarming defects include:

More Power to the ‘POWER Processors’

The first power processor saw its existence in the then AS400 servers. Gradually, these processors improved and found the way to the IBM Power systems. The modern day processors are very capable of running AIX, IBM i and Linux. The year 2018 saw the rise of IBM power9 servers which launched with the 9th generation of POWER processors.

IBM i is widely used in organizations and industries where reliability, efficiency and security are the top priorities. It is mainly used for ERP and many mission critical assignments. Latest versions of AS400, the IBM power systems are useful for SAP users and Oracle database users.

As many organizations are switching to cloud hosting, the IBM i cloud is giving a large amount of support in the same. IBM works with its channel partners to deliver the best to its users and also provides customized cloud solutions.

Not only this, as till now only IBM was the one to provide cloud based power systems, now Google has also partnered with IBM to run IBM power systems on Google cloud.

But it is still the heart of large scale organizations…

AS400 now known as IBM i is updated and modified according to modern technology. As it still has its foundation based on AS400, data security and authenticity is above all. Industries like finance, logistics, insurance, manufacturing, transportation etc. are using this legacy technology in a modernized way.

According to Enlyft around 35000+ companies are using IBM i and most of them are in the United States. The report also shows industry wise segmentation of the IBM i users worldwide.

Looking at these figures one thing is clear that this technology is not gone but is an integral part for many big tech giants.

AS/400 architecture is very well designed and frequently used for ERP and other mission-critical tasks, heavy workloads, in industries that require extreme reliability. IBM Power Systems are extensively popular among SAP users and database management systems, such as Oracle Database. Also with the growth of AS400 cloud The IBM architecture has become an increasingly popular cloud solution. This means you can use AS/400 to host anything in 2020 and years to come. The only requirement will be of the deployment depending on the use cases of that particular industry or organization. For instance, a manufacturing company might need a hybrid AS/400 cloud, while a retailer might need a cost control and scalable cloud-only solution.

Why AS400 is rarely seen, in spite being powerful?

There are certain reasons which have led to challenges for the usage of AS400 or IBM i today. In spite of its cutting edge technology and day to day up gradations, this system has faced issues:

AS400 is still used because

AS400 might not be in the picture as it is but makes the foundation for power systems integrated with IBM i.

IBM i is today and tomorrow-In the end…

Many technocrats have considered AS400 as dead and obsolete, but looking at the facts, and characteristics, importance of this system in its updated format today, cannot be ignored. Although it has lost a lot of value overtime but it is still one of the most integral systems for enterprises, manufacturing industries, finance and more. In fact, the young programmers who are looking to pursue their career in IBM i should not be discouraged because this system has its roots from the past and is growing along with us. All the versions of the hardware and OS have been modified with almost all the latest features and technology, offering more than any other system. Even the IBM i cloud is capturing the market and giving a tough competition to many other cloud platforms.

The recent update about Google partnering with IBM to run the power systems on Google cloud has simply indicated that these cloud based power systems are the need for many enterprises.

You must have heard this saying ‘Old is Gold’ and this proves to be very right in the case of AS400. As this technology has grown with time, the latest IBM i series comes integrated with all the solutions for every IT problem.

To explore this hidden gem of technology and know how it can help your business or if you are looking to AS400 / IBMi developers for this legacy technology connect with us. We are here for you.

Any cookies that may not be particularly necessary for the website to function and is used specifically to collect user personal data via analytics, ads, other embedded contents are termed as non-necessary cookies. It is mandatory to procure user consent prior to running these cookies on your website.